The student organisation Align Racing took their new racing car to the legendary Silverstone track in England. The competition assesses the entire team’s efforts, from marketing to engineering. Align Racing ended up at a superb 13th place out of 81 participants. 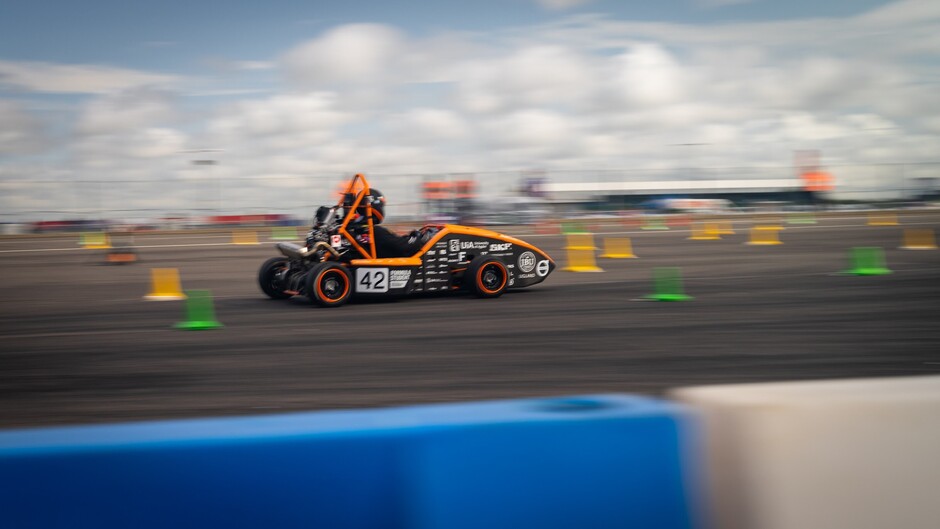 After almost a week in the UK, we are heading home from one of the world’s largest student competitions held at Silverstone. The competition has an interdisciplinary focus and there are several number of tests to undergo – from engineering to economics and marketing. That is the reason why, together with the importance of having a good team, our team consists of over 60 students (just under 30 attended Silverstone) from ten different fields of study.

Elias Haaø, who was one of the drivers of Solan, talks about what it is like to compete on Britain’s Formula 1 racing track a couple of weeks after Lewis Hamilton took his sixth Silverstone victory, setting the driver’s record for the historic track:

“I was far more nervous at Silverstone than when practicing at home. One has to perform for the whole team while there are thousands of spectators who have their eyes on you. As soon as I sat in the car, my nerves disappeared. You forget what is around you and focus completely on your task, driving Solan through all the rounds. It has been an absolutely wonderful experience”, says Haaø. 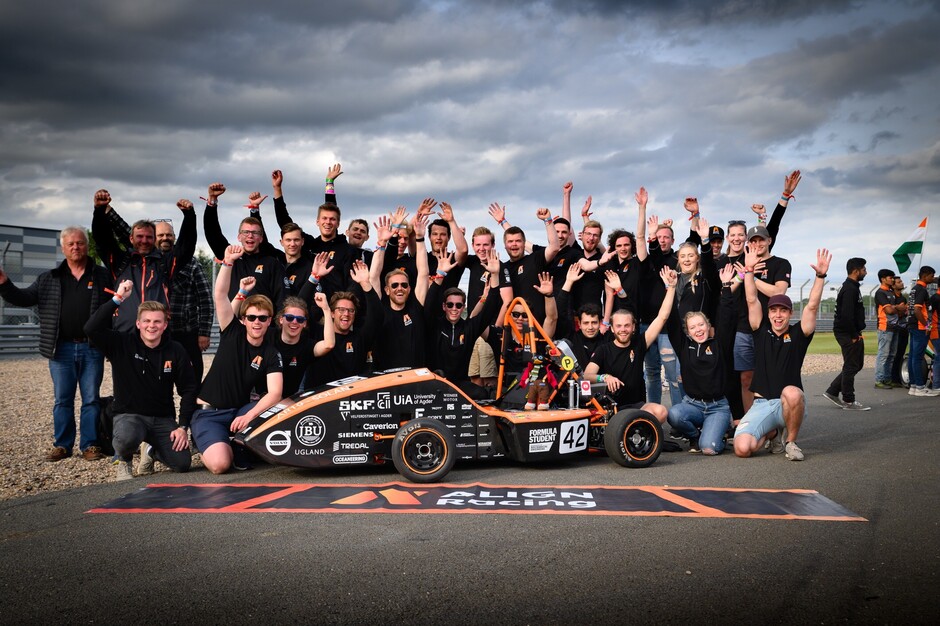 Align Racing has over 60 students. Around 30 of them attended the competition in England in July. Photo: Align Racing

Our performance in this year’s competition exceeded most of our expectations. Many members hoped for a top 20 ranking, but there was a common consensus that it would be difficult. However, a few days into the competition, we got our hopes up again. Despite some technical inspection challenges, we were able to pass all the static tests on Friday, which allowed us to participate in the dynamic tests. This is not necessarily always the case. Only 33 out of 81 cars made it through the strict requirements of technical solutions and safety.

On Saturday and Sunday, our drivers got the chance to experience the legendary Formula 1 track on various events. The events we completed were acceleration, skid pad, sprint and endurance. As the results came in, we realised we were close to achieving a good result. 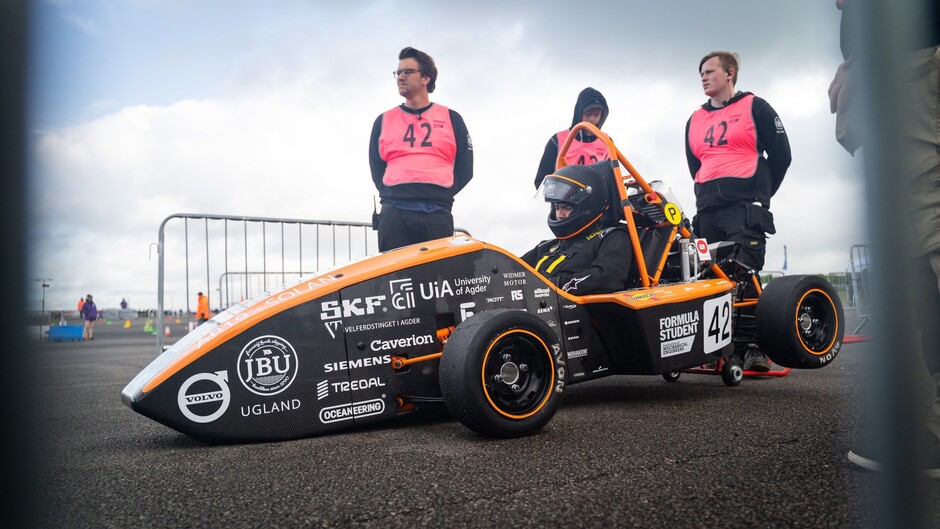 Photo of the race car on the track.

It was when we got the results for a presentation of expenses and a business logic case that we understood that we were very close to achieving the goal we had set for ourselves. We ended up in 14th place for the business and logic case and we were finalists in our expenses report. After the final on Saturday, we ended up with a third place which was beyond our expectations. On Saturday we were also awarded in third place in the marketing competition.

It was only on Monday morning that we got know the final results – and what a competition this was! We ended up in 13th place, which is better than any of us had imagined before we started. On Sunday, through the speaker system, we heard that UiA’s team is worth following in the times ahead and that if we continue to improve, we will probably be very successful.