Fish and whales keep greenhouse gases in the ocean

A new study from the University of Agder shows that animals are part of the natural carbon cycle process that absorbs greenhouse gas emissions. 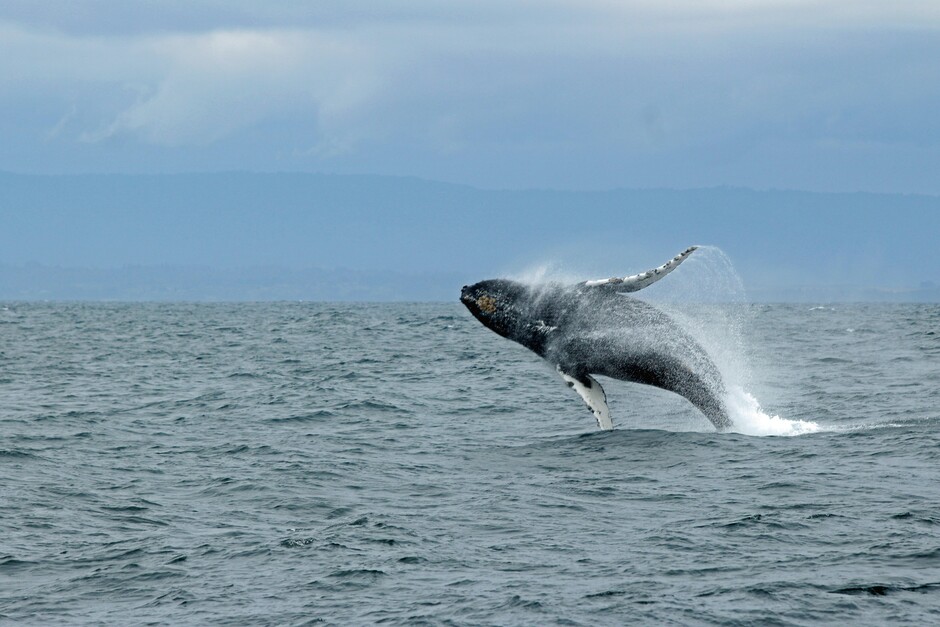 “It is a good thing that carbon is trapped in the ocean, but less greenhouse gas emissions from humans is overall best for the climate,” says Angela Helen Martin.

She is a PhD Candidate at Department of Natural Sciences at University of Agder (UiA).

Martin recently published a review article on how fishes and other animals affect greenhouse gases in the ocean. One of her conclusions is that there is a need to consider how animals affect carbon in order to design effective management of carbon in ocean habitats and of marine vertebrate populations.

“For example, if we only protect the plants that convert greenhouse gases to organic carbon, we can miss all the carbon storage delivered by the animals. And if we miss that, we may not get all of the carbon storage benefits from the habitat,” Martin says.

The review article was published in the journal One Earth. Martin´s co-authors were Heidi C. Pearson at University of Alaska Southeast, Grace K. Saba at Rutgers University and Esben M. Olsen at the Institute of Marine Research (Havforskningsinstituttet) and UiA. 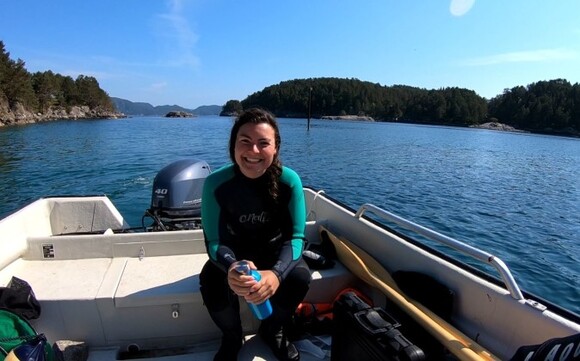 Martin and her colleagues have studied how fish, whales, turtles, birds and other marine animals affect the movement and storage of carbon in the ocean.

“Animals eat carbon in their food, which can then be stored in their bodies, excreted in their poop, or breathed out. Some fish and whales also poop nutrients that plants use to photosynthesise. These plants produce organic carbon from carbon dioxide. And when animals move, the carbon and nutrients can move with them,” Martin says.

Scientists so far do not know whether the overall effect of animals on carbon in different habitats is good, bad or indifferent for the climate. Martin says it depends on the amount of gas emissions released back to the atmosphere, balanced with the carbon stored.

According to Martin, the ocean has in the last decade absorbed a quarter of the Earth’s greenhouse gas emissions through the carbon cycle. This cycle is a naturally occurring process.

“Most emissions absorbed by the ocean do not go through the living components like plants, animals, bacteria and so forth. Instead, they dissolve into the water and contribute to ocean warming and acidification,” says Martin.

She underlines that greenhouse gas emissions need to be reduced to stop climate change happening.

“Although it represents a very small percentage of the carbon in the ocean, the biological pump, like plants, salt marshes, wetlands, mangroves, seagrasses, and animals, can be affected through management of ocean resources. Nature based solutions like that are a complementary tool to emissions reductions to reduce the severity of climate change,” Martin says.

The scientists recommend future researchers to bring together existing data to create new knowledge. They also recommend them to conduct research at a scale that can be incorporated into management decisions and policies.

“This can help to find the best approaches to management,” she says, and list four examples that need science-based management:

Released to the atmosphere

The review article has over 160 sources, including more than 150 scientific articles; two reports; one book; and fisheries data published by the FAO (Food and Agriculture Organisation of the United Nations) and ICES (International Council for the Exploration of the Sea).

There are many descriptions of animals influencing carbon or providing nutrients, in both climate-positive and negative ways.

“The biggest knowledge gaps though, were estimates of how much carbon is influenced by marine vertebrates, and what happens to the carbon afterwards,” Martin says.

She considers the research to be highly relevant to society, especially since new policies are being introduced on this topic.

“Some carbon-rich ocean habitats, such as salt marshes and seagrasses, are now being incorporated into policies to reduce the impacts of climate change, which will affect us all,” Martin says.