Exploring the essence of folk music

Armenian pianist Mariam Kharatyan concluded the artistic component of her doctoral degree on Armenian folk music in a concert given earlier this month at Kristiansand Cathedral, accompanied by renowned musician Vigen Balasanyan. With a cycle closed, Kharatyan has now less than half a year to write down her reflections on this journey. 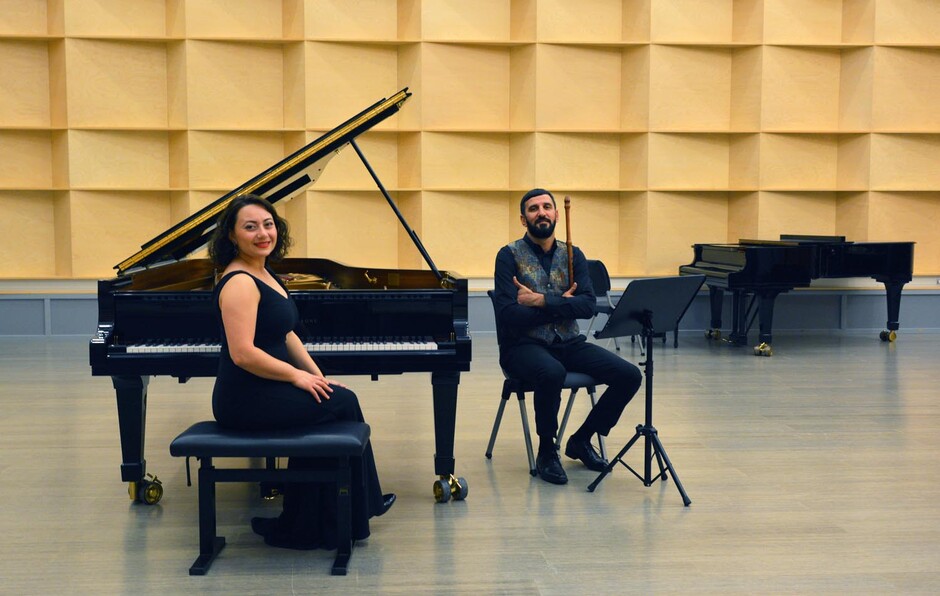 Mariam Kharatyan is an Assistant Professor at the University of Agder, where she teaches piano accompaniment at the Department of Classical Music and Music Education. She is also the department’s first externally funded PhD Research Fellow through the ‘Norwegian Artistic Research Programme’. 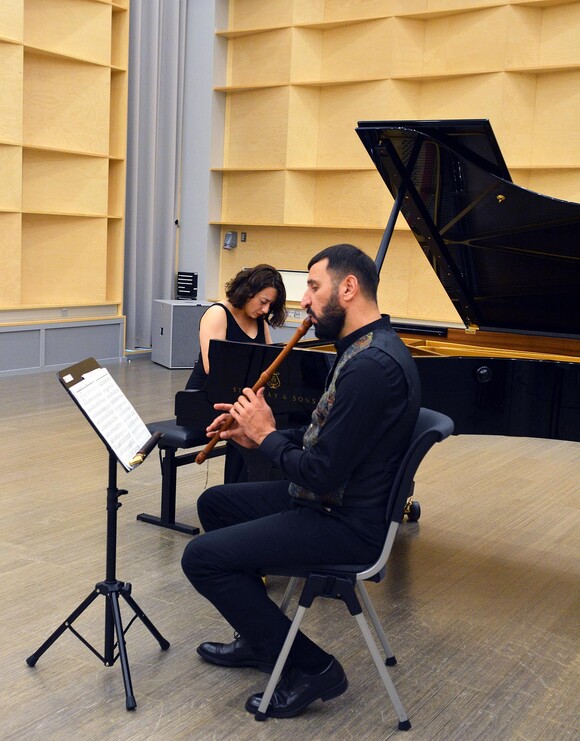 Since 2015, she has been working on her doctoral degree on Aram Khachaturian’s piano music (1903-1978), one of the biggest names in Armenia’s music history. One and a half year into the project, she decided to include the work of Komitas (1869-1935), who is considered to be the founder of the Armenian national school of music, into her research project as well.

Komitas is at the core of Armenian folk music. The composer brought Armenian peasant folklore to the international arena through his work, otherwise unknown to the world.

“Both composers, despite being very different in the way they created and performed their art, played significant roles in making Armenian folk music known to the world. Two aspects firmly connect their art: The Armenian Folk Dance elements and imitation of Folk instruments sound in their compositions. It was therefore very important to me that I included both of them in my research project,” Kharatyan explains.

With the introduction of Komitas in her research, came along the collaboration with Vigen Balasanyan, a distinguished Armenian musician specialized in traditional folk music instruments. Kharatyan and Balasanyan have known each other for many years and share the same passion for Armenian folk music so the decision to work together came natural to both of them.

For the past two years, she has travelled to Armenia several times to work on the project with Balasanyan. “There was a significant evolution in the way we performed. Each time we met we came a little closer to the folk aesthetics,” Kharatyan says.

The last concert of the artistic research project

The result of this joint effort was an outstanding (re)interpretation of 11 folk songs and 7 folk dances ‘Yot Par’ and ‘Msho Shoror’ for solo piano presented in a public performance on the 6th of October in Kristiansand Cathedral. Balasanyan travelled to Norway for this occasion and, alongside Kharatyan on the piano, performed the folk songs on two traditional instruments of Armenian folk music – blul and duduk.

These instruments enable a subtle, vibrating with overtones, an archaic sound, in particular blul, which has a “transparent and fragile sound”, in contrast with duduk, which produces a “velvet, deep sound”, explains Mariam. Part of Kharatyan’s artistic challenge was precisely in finding a way to perform on the piano that would not overwhelm these instruments, while simultaneously preserving the true essence of Armenian folk music.

Most of those who attended the concert that Saturday were Norwegians, but Armenian nationals living in Kristiansand, Kragerø, Vennesla and Lillesand were also among the audience. “To me, this concert was one of the most unforgettable performances that I have experienced and shared with the audience,” Kharatyan reports. “It was also the first time that I performed with folk instruments in public,” she adds. 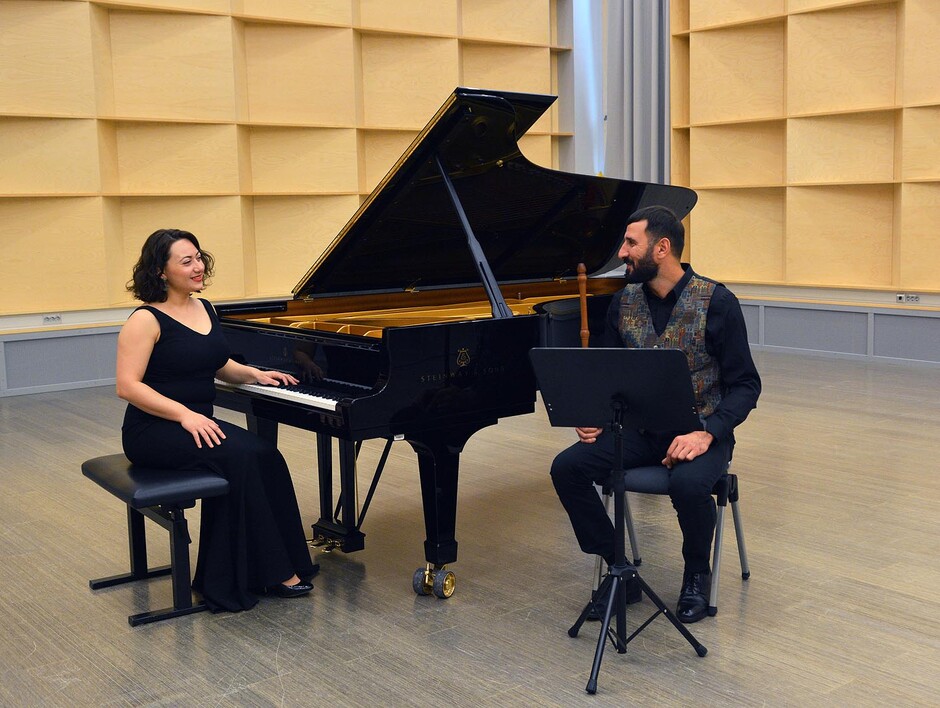 The collaboration between Mariam Kharatyan and Vigen Balasanyan has developed throughout the years, and has resulted in an outstanding interpretation of the work of Komitas presented in Kristiansand Cathedral.

With the practical work of the project completed and the release of the recordings expected for the beginning of 2019, the months ahead will be dedicated to write down her own reflections on this project. The disputation itself will take place in September 2019. Kharatyan wishes that her work will not only inspire musicians to explore other possibilities outside the classical frames of interpretation, but also other artists who are interested in studying the art of performance.