Ece, Elaina and Katarina have spent their summer learning more about the European Union. They are three of twenty international students attending this year's European Integration Summer School (EISS). 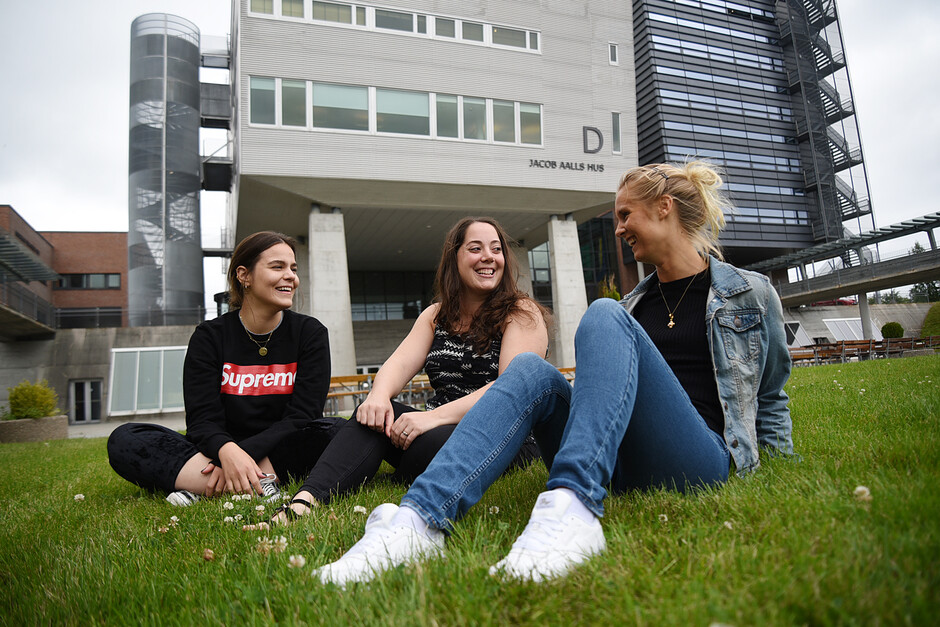 Summer on campus: Ece Arda from Turkey, Elaina von Runckel from the U.S. and Katarina Sønsteby from Norway have spent their summer vacation studying subjects related the European Union and European Integration.

The European Integration Summer School (EISS) at the University of Agder attracts like-minded students, ambitious and driven in their educational pursuits. This, combined with passionate instructors, fuels the programme's challenging curriculum. Students engage in their own academic development and are encouraged to explore topics of interest in which they have limited knowledge and focus in-depth on a particular aspect of it.

“Yes, we are enjoying ourselves. We have the whole campus for ourselves. It creates a great study environment that enables us to have full focus on the studies and build a strong network with fellow students,” commented Ece Arda from Turkey, Elaina von Runckel from the US and Katarina Sønsteby from Norway.

This year, 16 students from different countries including China, Australia and the United States graduating mainly in political science, journalism, social studies, international management and economics joined the summer school at the University of Agder. Most of them chose to study at the summer school midway between the first and second year within a two-year master's degree programme. At the close of the summer, all students who successfully fulfill the course requirements will receive a certificate indicating so. 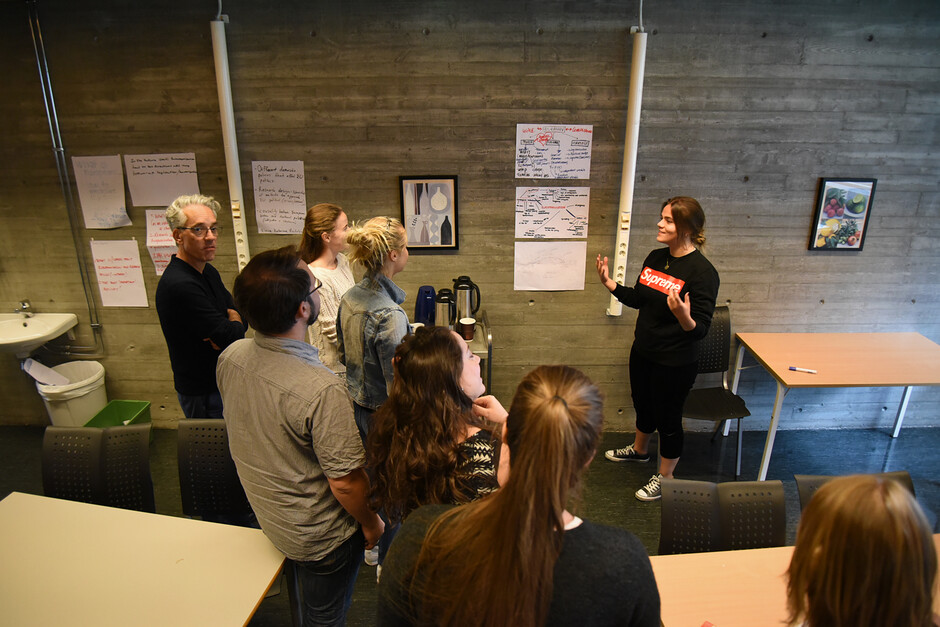 Ece presenting to the class the results from a group work.

Opening doors for jobs in the EU

"I am attending the summer school because I have ambitions to work in a larger, international organization, perhaps within the European Union itself. The study will open up many career options,” says Arda.

Midway through her Master’s degree, she decided to enroll in UiA’s summer school which she found out about via an ad at her home university in Milan.

"The summer school will make me better qualified to apply for jobs in EU-related organizations and other international institutions,” says von Runckel from Konstanz University in South of Germany.

Katarina Sønsteby studying currently at the School of Business and Law at UiA shares the same ambitions as her Turkish and German classmates "I dream about working at one of the EU's trade offices. The summer school will increase my chances to make my dream come true”, she says. 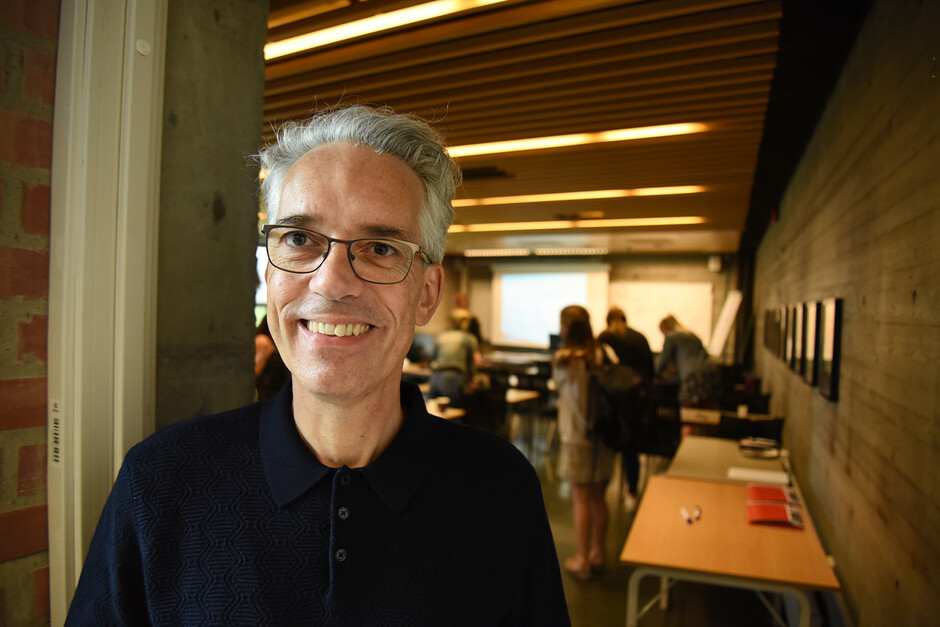 Professor Claudio Radaelli from the University of Exeter in England is one of many international lecturers at the summer school this year.

Looking at the EU from the outside

The summer study in European integration focuses on areas related to the European Union such as history, institutions and integration policies. In addition, there is also a great emphasis on current issues and challenges facing the union such as Brexit and the emergence of skepticism against the EU, the relationship between Turkey and the EU, and not least the current migrant crisis. During this summer, the constitutional development in Poland emerged as a new relevant topic. 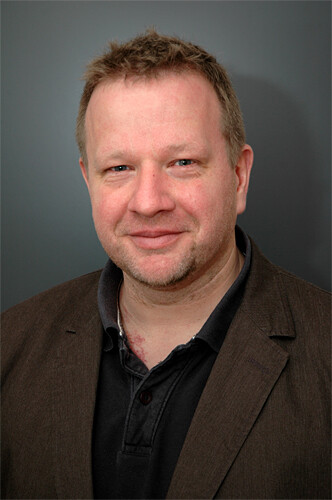 "One of the advantages being based in Kristiansand is developing a view of the EU from the outside. Norway is not part of the EU but at the same time very close. We also place emphasis on having many international lecturers. This year, these came from countries such as Denmark, Belgium, the United Kingdom and the United States- including Profs Dereck Beach, Simona Piattoni and Claudio Radaelli to name a few,” says the leader of the summer school, associate professor Stefan Gänzle at UiA’s Institute of Political Science and Management, one of Norway's leading and prominent research communities regarding the European Union.

Gänzle, who has been in charge of the EISS since 2011, says that there are now hundreds of students who have completed the course since its start 28 years ago. Today, many students work for EU-related organizations or with EU-related tasks. The Norwegian Ministry of Foreign Affairs employed many former students who completed EISS.

“It is incredibly rewarding to help educate students and see that what they learn is perceived as valuable both by employers and themselves,” adds Gänzle. 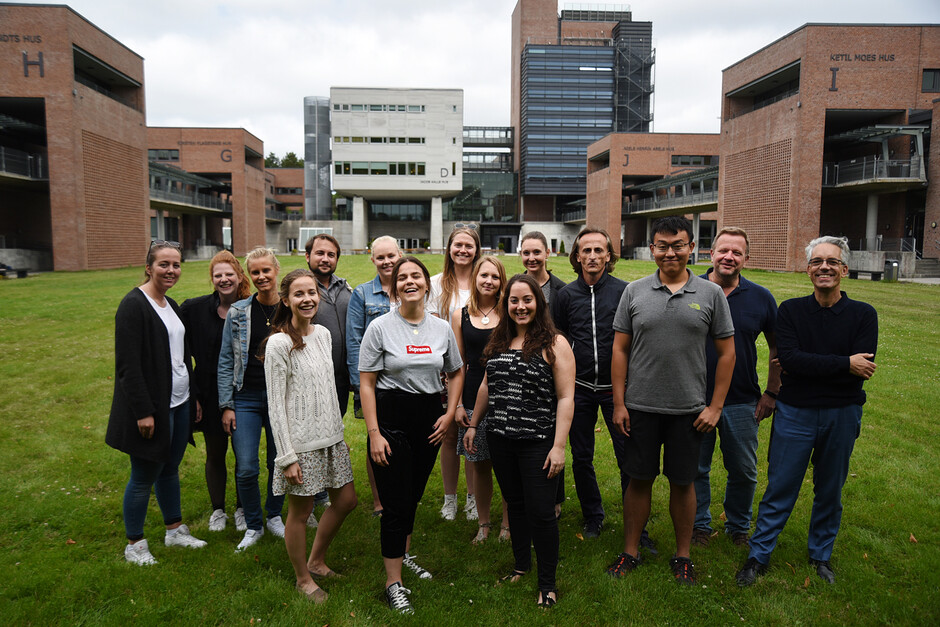 Summer school students enjoying their study time at the University of Agder.