This year’s Career Day on Campus Kristiansand was held 25 October. Enthusiastic and committed students as well as volunteers helped to make what some called "the best career day so far" a success. 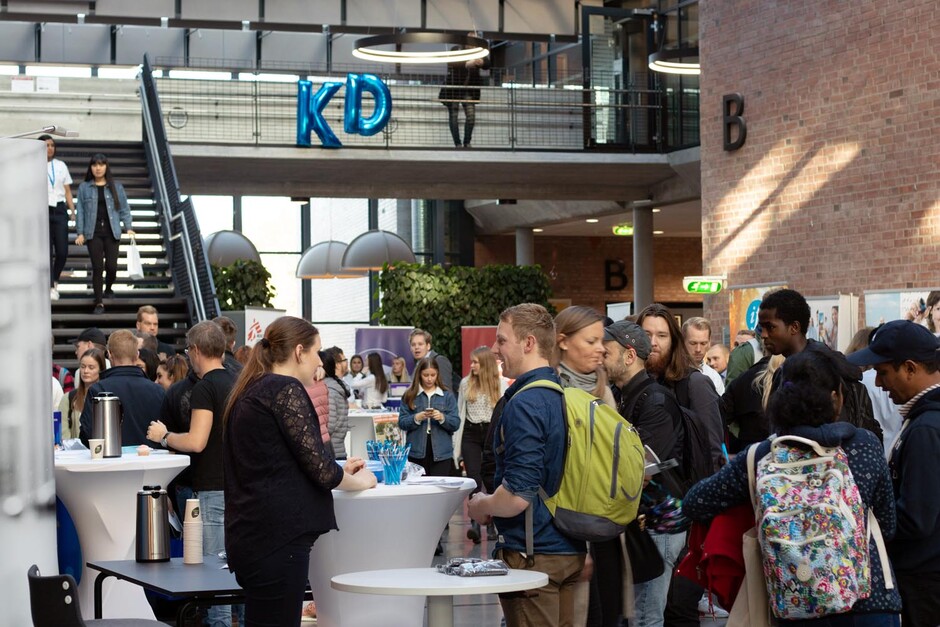 Many met interesting, potential employees and/or employers in Vrimlehallen. 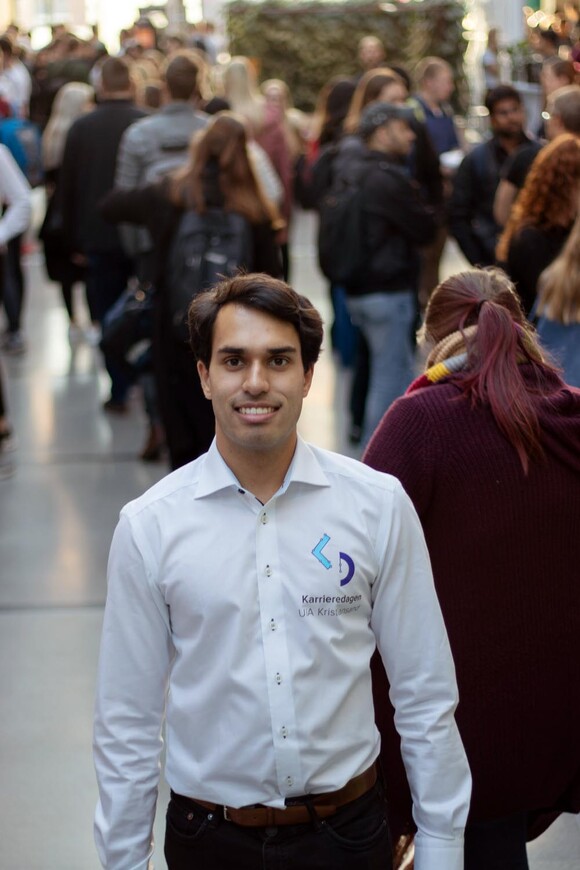 Jakob Mæland, manager of the Career Day, is very pleased with how everything was carried out.

About 45 companies and organisations and 2500 students participated in this year’s Career Day held on Campus Kristiansand. Jakob Mæland, manager of Career Day, is very pleased with how everything was carried out.

"I am incredibly pleased with the event! Feedback from the companies, students and employees at UiA has been exclusively positive. Many have even called it ‘the best career day so far’, and it does not get much better than that,” Mæland says.

Thomas and Harald from the Norwegian late-night show Senkveld were the hosts of the opening ceremony and did not hold back when they opened the event in the fully packed Henrik Ibsen lecture hall, aka B1-018. Already 30 minutes before it started, the main hall Vrimlehallen was full of eager students, and even UiA’s largest lecture hall did not have enough space for everyone.

"The lecture hall was filled after a few minutes, and even after the ceremony had started, there was still a queue outside," Mæland eagerly tells. "Fortunately, there was a lot of activity in the stands for those who could not get a seat. Our goal was to make the opening ceremony more entertaining and appealing, and I really believe we managed to do that!” 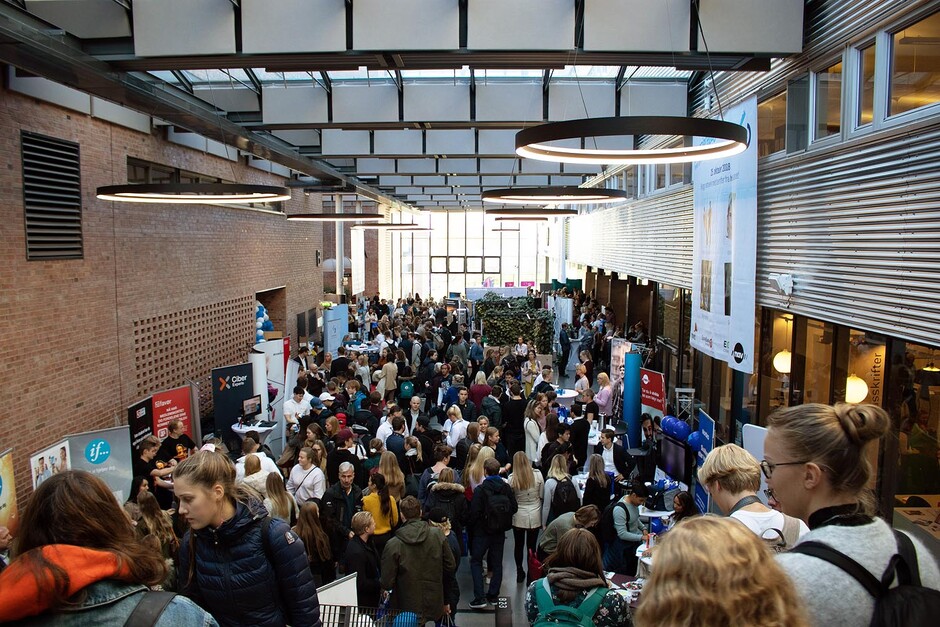 Vrimlehallen - Vilhelm Krags hall – was completely full of both exhibitors and students during Career Day.

Based on voluntary work

During the event, there were stands in the newly refurbished main hall, a CV course and a lecture on motivation with actress and writer Ulrikke Falch.

The event ended with a mingling dinner in Lilletunstova where both students, companies and organisations participated.

Many hours of work have been put in prior to the event. The students are organising and holding the event through the academic student associations, and the work is voluntary. This year, there were over 40 volunteers from the different faculties for Career Day. These volunteers greeted the companies and helped them to make the event a great experience.

"Career Day is a collaboration between seven different academic student associations," Mæland says. "Mercurius, Pangea, Emporium, Touristicus, Systematicus, Trisalus and Justisius have helped with getting companies to come, getting volunteers, doing marketing and coming up with many good ideas. The collaboration has been great, and we have worked continuously on this since April. Without the volunteers, we would never have been able to hold such a great event with such a large turnout.” 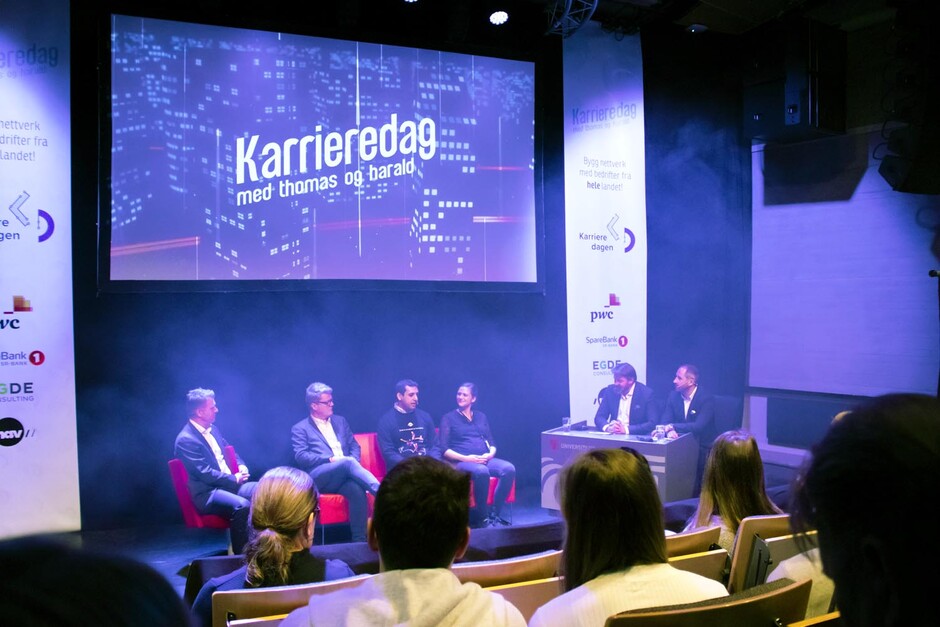 "Career Day is the highlight of the year regarding connecting students with potential employers," career counsellor at UiA Silje Holteberg says. "On this year’s Career Day, we saw many former students returning to campus to offer current students valuable advice and make connections. It is great to see how enthusiastic students manage to create one of the largest events at UiA. Now we are looking forward to the next Career Day which will be held soon in Grimstad in February!” 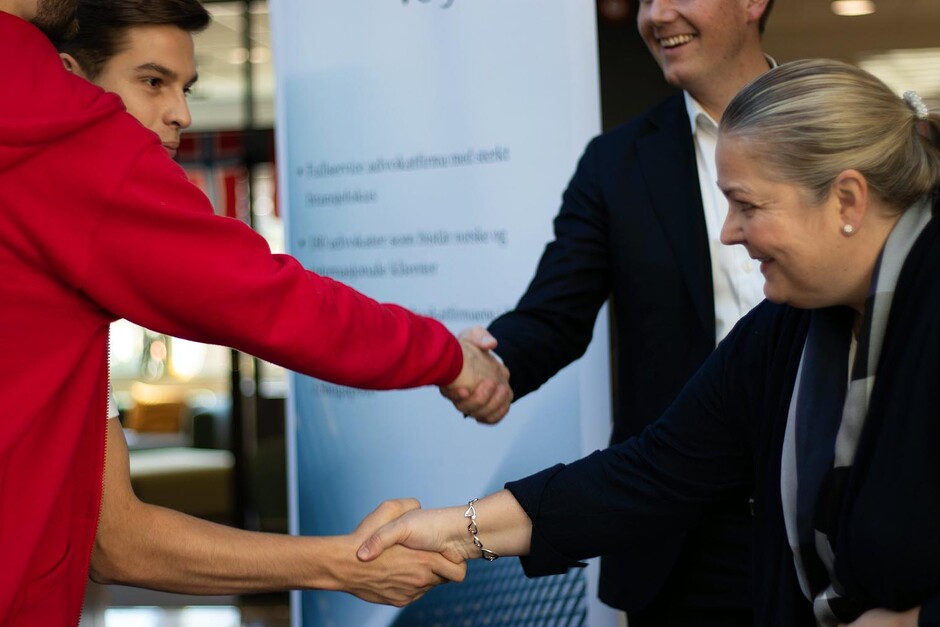 Connections were made on Career Day.