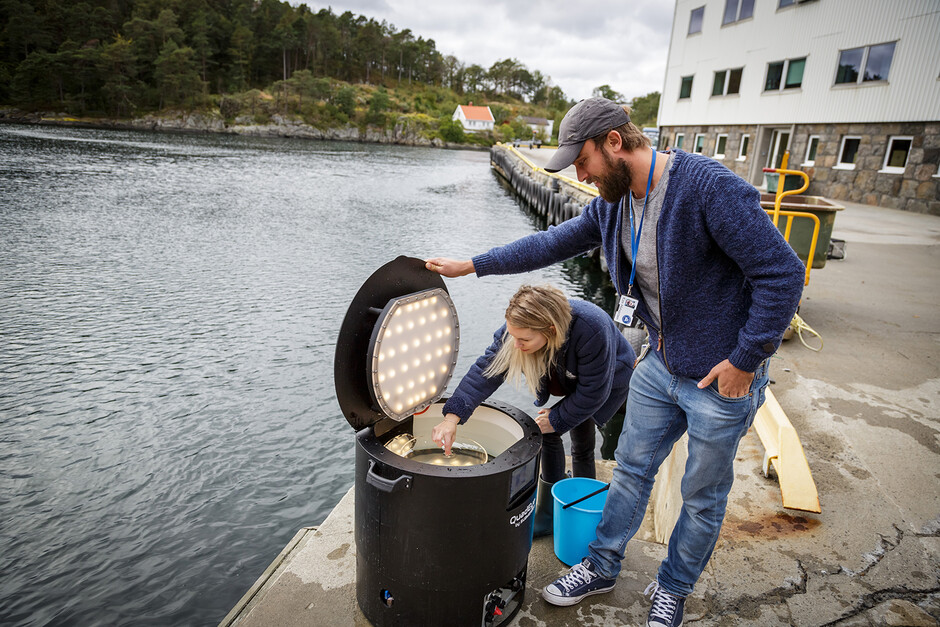 “Fisheries management will benefit greatly from being able to track individual fish throughout the entire life cycle and estimate how many fish there are in a stock,” Tonje Knutsen Sørdalen says. She is a postdoctoral fellow at the University of Agder (UiA) and the Centre for Coastal Research (CCR) and works on the FishFace project.

Together with research colleague Kim Halvorsen from the Institute of Marine Research in Flødevigen, she trains artificial intelligence to recognise the face of individual fish. Using an advanced photo booth and underwater cameras, they photograph individual corkwing wrasse. Some of the fish they pick up from a fish pot on the pier at Flødevigen research station. 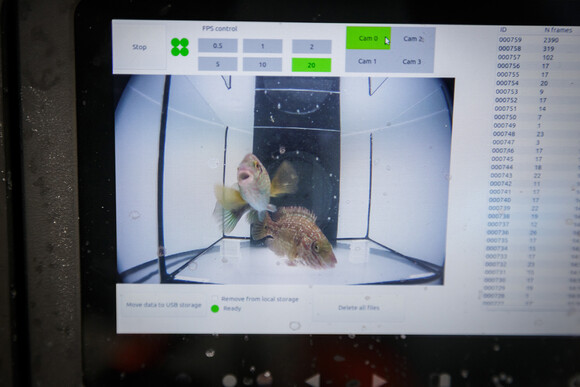 Smartphones can recognise faces with the help of artificial intelligence, and that is the method marine scientists will use on fish.

They have started with the fish species corkwing wrasse, since it is streaked with patterns. Later on, they will add more species of fish.

“All fish come in different patterns, and we call this the fish’s fingerprint. The information we collect tells us something about the behaviour, movement and life cycle of the fish”, says Knutsen Sørdalen.

The marine scientists collaborate with artificial intelligence researchers from the Centre for Artificial Intelligence Research (CAIR) at UiA. These research communities have managed to combine advanced computer technology with marine research. The research is still in its early stages.

The photos and videos taken are used to create a large database of images depicting certain species of fish and different specimens within the same species. The data is used to train an algorithm to recognise the patterns of fish species and individuals. 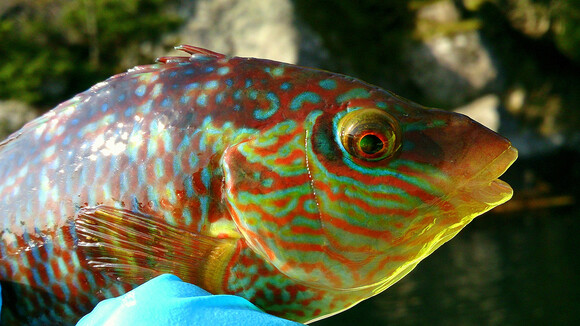 In time, the fish will be photographed underwater at various stations, without the scientists having to handle them. This is gentler on the fish and saves the researchers some time.

“To be photographed in the sea is not stressful to the fish, and you can photograph them on board a boat with minimal stress. The alternative is to continue as we do today by stunning the fish and tagging it to be able to recognise it later”, says Knutsen Sørdalen.

If the project goes according to plan, we will be able to track thousands of fish and survey them closely in the sea.

“The information we gather could, for example, have implications for the size of fishing quotas set and help us decide where to place marine protected areas”, the researcher says. 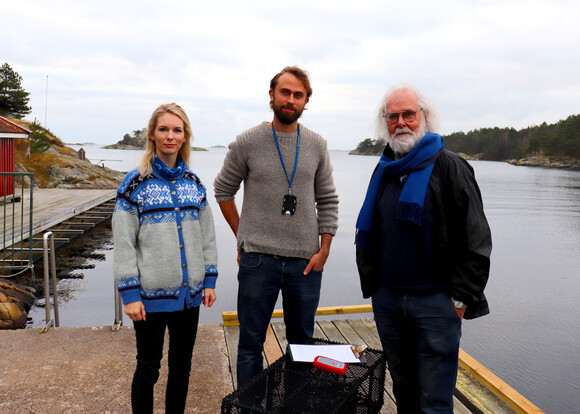 Tonje Knutsen Sørdalen, Kim Halvorsen and Nils Chr. Stenseth on the pier at the Institute of Marine Research in Flødevigen, Arendal.

“We can now gather a lot of new knowledge about the different fish stocks and learn more about life in the sea. The new computer technology opens up more opportunities to analyse large amounts of data in a completely new way”, says Stenseth, who is also board chair of the Centre for Coastal Research.

The project is part of a wider initiative in marine research along the southern coast. The Centre for Coastal Research and Stenseth are currently working on a joint initiative on the forgotten sea areas; Skagerrak, Kattegat and the Oslofjord.

Some research has been done in this field, but according to Stenseth we know far too little about how climate change, pollution and overfishing affect these areas.

“Considering how many people depend on these sea areas, and that it is surrounded by Scandinavia’s most densely populated area, we know surprisingly little about it. We must be one step ahead to ensure we manage the natural resources along the coast in a good manner”, says Stenseth.

The joint research collaboration on the Skagerrak, Kattegat and Oslofjord area is called ‘Knowledge development for healthy and productive sea areas.

Collaborators in the project:

The goal is to increase knowledge about how the dynamics of the coastal zone is affected by climate change and how we can work together to build sustainable solutions in the area.