Computer to Give Advice on Mental Health

It will be open 24 hours a day, and will never close down for festivals or take a holiday. The machine will provide sensible and personal advice for young people who contact its chat service. This is the aim of SINTEF and Professor Ole-Christoffer Granmo at the University of Agder. 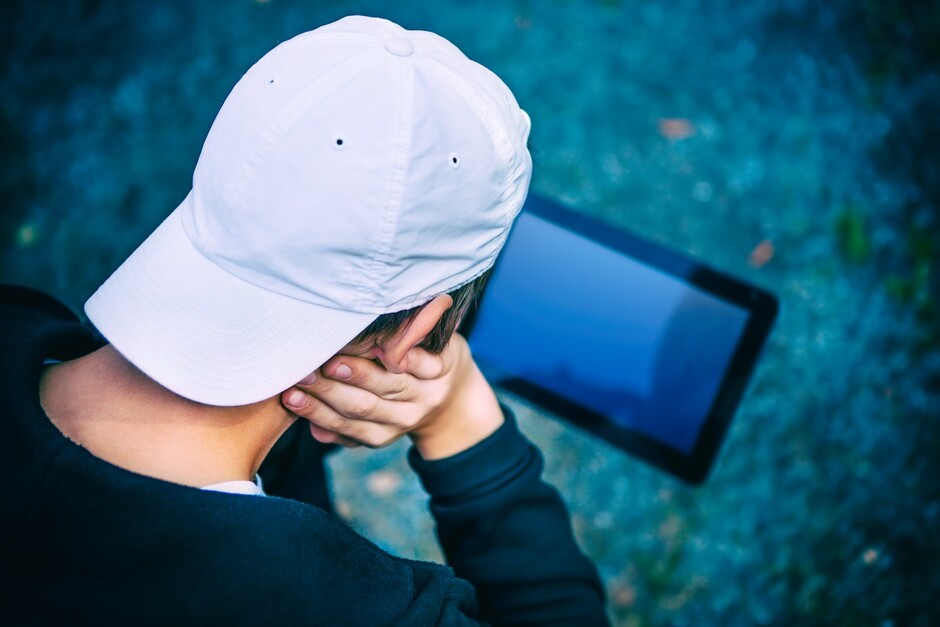 The machine is not giving standard answers based on frequent asked questions, but it will be programmed to give unique customized advices to each individual, according to the scientists. (Illustrasjonsfoto: Colourbox)

Together with researchers from Sintef, Oslo University Hospital and the University of Oslo, the University of Agder (UiA) is in the process of developing a completely new chat service design to assist health and social workers. The project, which is called Social Health Bots, is led by SINTEF.

“The task is to contribute to providing good health services for the population. If we develop an advisory service which is available twenty-four hours a day, this will be of enormous value to society”, says professor Ole Christoffer Granmo, director of UiA's new Centre of Artificial Intelligence Research (CAIR) at UiA’s Campus Grimstad.

Granmo understands that many might be rather taken aback that a computer, via chat, can help vulnerable young people between the ages of 16 and 26 seeking advice on mental health.

“The machine will not provide standard replies based on frequently asked questions, but will be programmed in such a way as to give unique and adapted advice to each individual young person,” says Granmo.

The prospects which Granmo is talking about may sound like science fiction, but are really just science. Indeed, it is science of a high calibre. The scientific breakthrough on artificial intelligence came, according to Granmo, about 10 years ago. He suggests that a combination of three things makes it possible for us to talk about a revolution:

GPUs are, roughly speaking, processors in computers which can do around a thousand tasks simultaneously. A normal computer can use four. At the new centre for artificial intelligence at UiA’s Campus Grimstad, there are three machines installed at the present time, with six GPUs in total.

“Previously, there has always been a limit to the performance we were able to get out of the machines. But with great quantities of data and a lot of data power, combined with smarter algorithms, we have almost limitless capacity. This opens up new possibilities,” says Granmo. 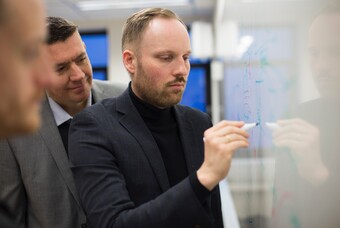 Ole-Christoffer Granmo is a specialist in self-learning algorithms, and is now involved with a four-year research project supported by the Research Council of Norway’s focus on good quality and effective health, care and welfare services (Helsevel).

According to Granmo, we can understand algorithms as different kinds of formulae. The algorithms decide in which order different calculating operations are to be carried out on a computer. The breakthrough in artificial intelligence has also led to new kinds of algorithms. In short, this means that the computer does more than just mimic and deliver the information we have plotted into it. What is new here is that the algorithms are designed in such a way that they put the information together in a new and intelligent way.

This is what the researchers call “self-learning formulae” (algorithms). They contribute, for example, to Tesla’s ability to make self-driving cars which make intelligent choices. These are, furthermore, the same kinds of algorithms that UiA is now trialling at the anaesthesia and intensive care departments of Sørlandet Hospital (see the story about fast computers on uia.no). These are the self-learning algorithms that Granmo will use when developing the new chat service.

Granmo and his colleagues at UiA possess the experience and knowledge to devise new formulae for the computers.

“We take today’s best algorithms and develop them further. The aim is that young people will be able to chat with the machine and receive good health advice, but this demands that the service is both medically and technologically robust. We have ensured that this is the case through multi-disciplinary collaboration in the research group and with other partners,” says Granmo.

Granmo has more than 20 years’ experience with fundamental research into algorithms and data communication, and some of this knowledge is now being commercialised through his company, Anzyz Technologies AS.

The webpage ung.no is an information channel for young people and part of an initiative from the Norwegian Directorate for Children, Youth and Family Affairs. Ung.no is one of several actors to have drawn up a memorandum of understanding together with the research group in order to assess how they might use the research results on their own webpages.

“We have many enquiries on our webpage, and it will be exciting to see what the researchers find out. Through the questions and requests we receive on ung.no, we see that the need for information and advice connected to mental health is great,” says Beate Aas, editor of ung.no.

Development work has been triggered

Granmo reckons that the prototype will be finished within four years. Despite earlier successes and breakthroughs in the research into artificial intelligence, he does not for the time being have any answers regarding how the chat service will be realised. He does, however, know something about devising formulae (algorithms), and believes that they will be able to be developed in order to fit the question and answer machine which is now in development.

“If I knew beforehand what the solution was going to be, it would not be exciting at all. The challenge of the research is to discover new connections and formulae en route, and to reach a goal which many initially thought was impossible,” says Granmo.

Led by SINTEF, the project Social Health Bots brings together researchers from UiA, Oslo University Hospital and the University of Oslo. It has been granted 13 million Norwegian crowns over a four-year period in order to develop the chat service. Amongst the other collaborative partners are entities such as Oslo Council, ung.no, Redd Barna [Save the Children] and the Norwegian Directorate for Children, Youth and Family Affairs. The project is intended to establish knowledge concerning more effective health services for young people (16-26 years of age) via a robotised and artificial intelligent chat service.