The response video to General Motors and Will Ferrell’s Super Bowl ad from the University of Agder combines humour with substance and has engendered discussions on Twitter, YouTube and Reddit. The video is now the most viewed response video on YouTube and the total number of views on various social media platforms is more than a million. 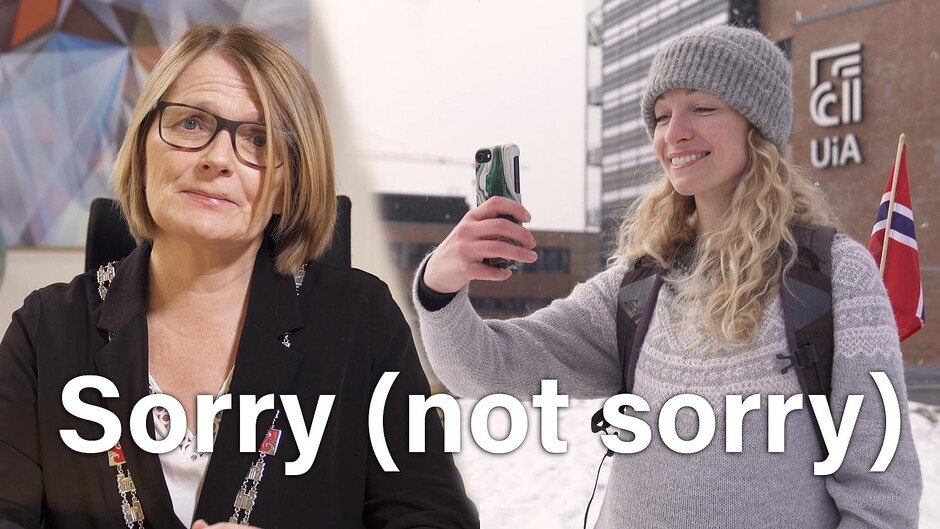 “The video, featuring Rector Sunniva Whittaker, was published Saturday afternoon across various UiA channels. By Friday morning, the YouTube version had passed 615.000 views, without the involvement of any PR services, celebrities or sponsored social media posts. That is more than any of the other Norwegian responses, including those from Circle K, Visit Norway, Bertel O. Steen and Audi Norway.

If you count all the views on Facebook, Twitter, Instagram and LinkedIn by Wednesday, the numbers combined are over a million. Views on other media who have permission to share the video on their platforms are not counted. 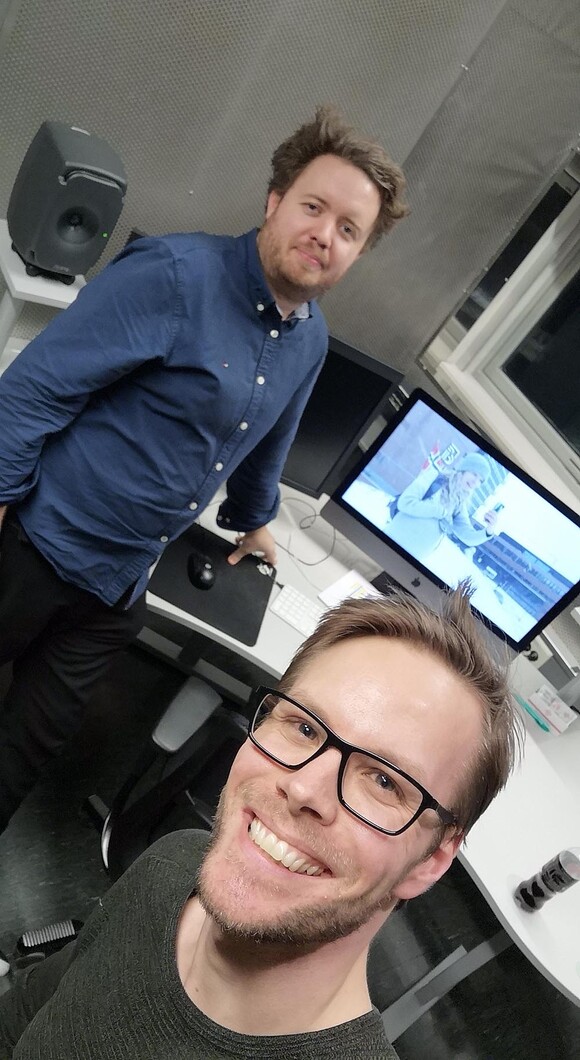 “One theory is that the combination of humour and substance has worked better than humour and celebrities as it has generated discussions in several social media. The video has given rise to relatively heated discussions in the comments sections of YouTube, Twitter and not least Reddit”, says Director of Communication Øivind Eskedal.

“The discussions have mainly been about maternity leave, Norwegian oil production and whether it is actually true that international students don’t pay tuition in Norway. These discussions are probably one of the reasons the number of views keep increasing”, says Eskedal.

The response suggests that this has been a success. On Saturday afternoon the video was posted and shared on various social media. Thursday morning, 11 February at 10 o'clock, we received the following numbers, in total more than a million views!

At the most, the video was seen 400 times per minute. Numbers from UiA channels.

In addition, several media in Norway and elsewhere have shared the video on their channels.

“Norway has responded to Will Ferrell’s Super Bowl commercial about electric vehicles. It’s the best two minutes you’ll spend”, writes the Canadian Twitter account Goodable. They have shared the video and Wednesday afternoon it had been played 303.000 times through their account. There are also lots of comments, see e.g. IMGUR  with close to 135.000 views and funny comments, british The Independent wrote a story, and norwegian Dagbladet has views in the six-fugures-range - to take a few..

Some YouTubers comment on the video on their own channels, such as Hasanabi who responds to the video as he plays it on his Twitch stream.

In the Bet-David Pocast they watch the UiA video and spend time talking about Norway.

‘Sorry (not sorry)’ is the title of UiA’s informal video response. The idea for the video came on Tuesday, planning and script writing happened on Wednesday and Thursday, and editing was done on Friday well into the night.

“Everyone works at UiA, the researcher is a researcher, the American student is an American student, and rector is rector. There are so many people to thank on camera and behind the camera, but I want to  mention Morten Torjussen from UiA’s Media Centre in particular. He is incredibly skilled and worked late into the early hours of Saturday to finish the job. And we must thank rector for the trust she showed us by agreeing to take part in this”, says Eskedal.

“It was fun to have such a different day at work” says Rector Sunniva Whittaker and admits that she didn’t have the courage to watch the finished result until late Saturday evening.

“I have received greetings from near and far all through the weekend, and it is nice to see that we as a university get credit for being quick to respond and also for viewing the world through the lens of humour”, she says.

The pregnant woman in the video works as web content adviser in the Division of Communication at UiA and her name is Susanne Tollerød. She showed up with a pillow on her stomach and brought skis to work on Friday.

The researcher in the doorway is Therese Birkeland, PhD research fellow at the Department of Working Life and Innovation. And she does research on batteries.

The student is Gabrielle Katsue Klein from Seattle, Washington, USA; and Olaf is played by Thomas Eikeland Fiskå, design coordinator at the  Division of Communication.

The fisherman carrying an anchor in the staircase of Vilhelm Krag’s hall is social media adviser, Andreas van der Eynden. “And why was he carrying an anchor?”, you may be asking. That was a nod to Will Ferrell himself and his most famous film: Anchorman. 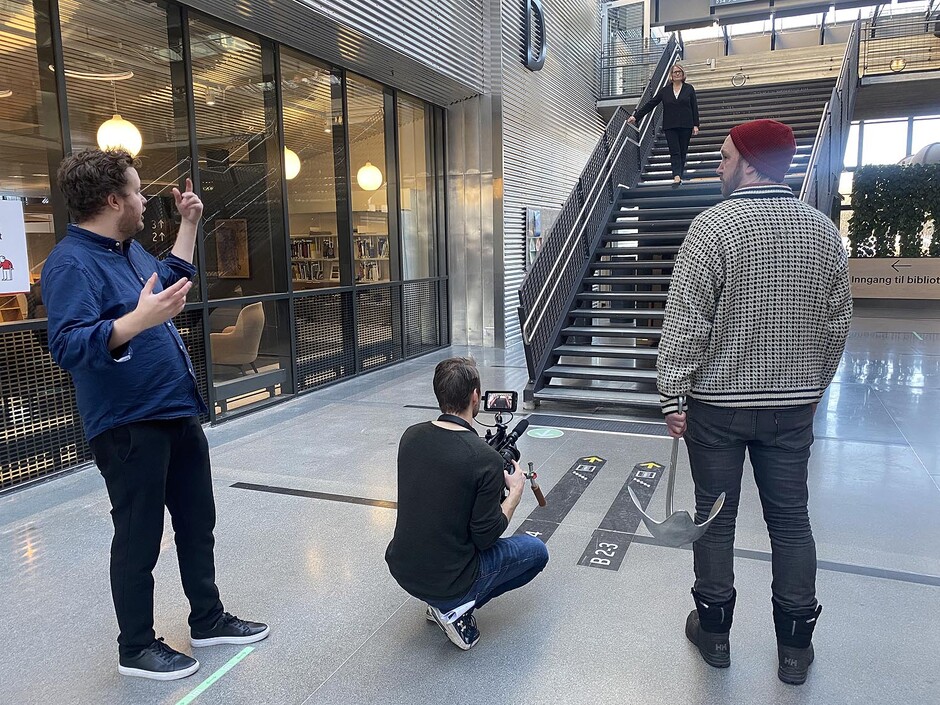 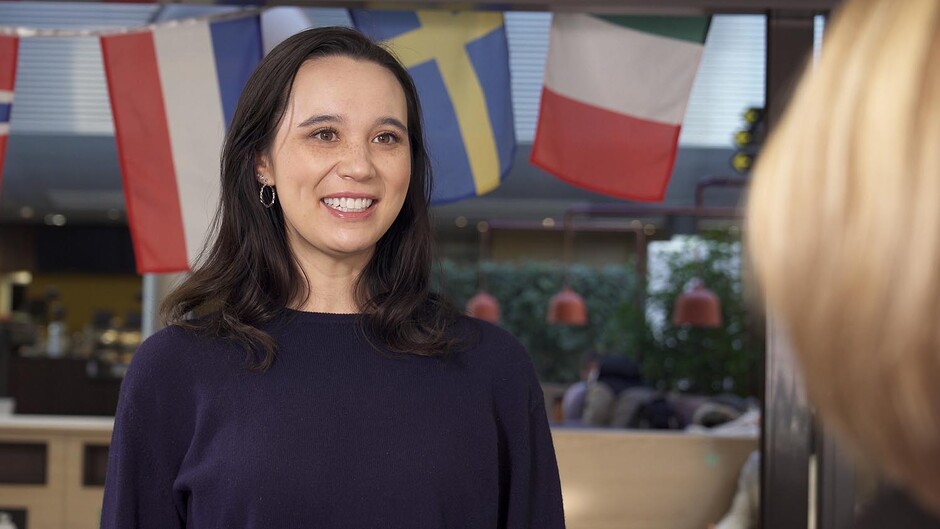 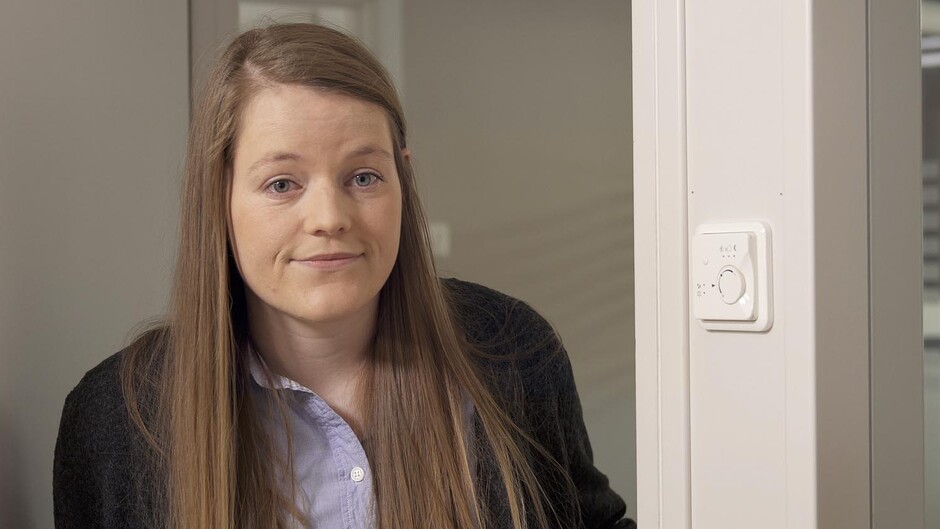 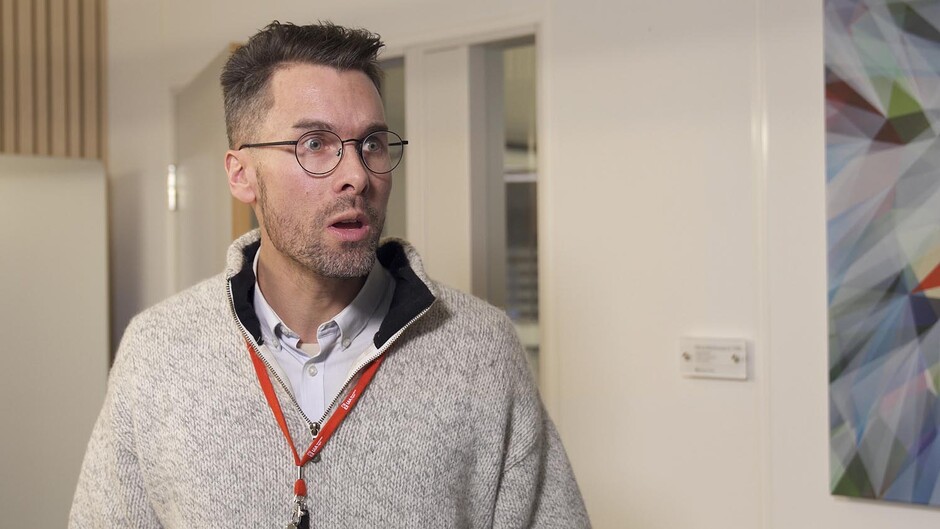 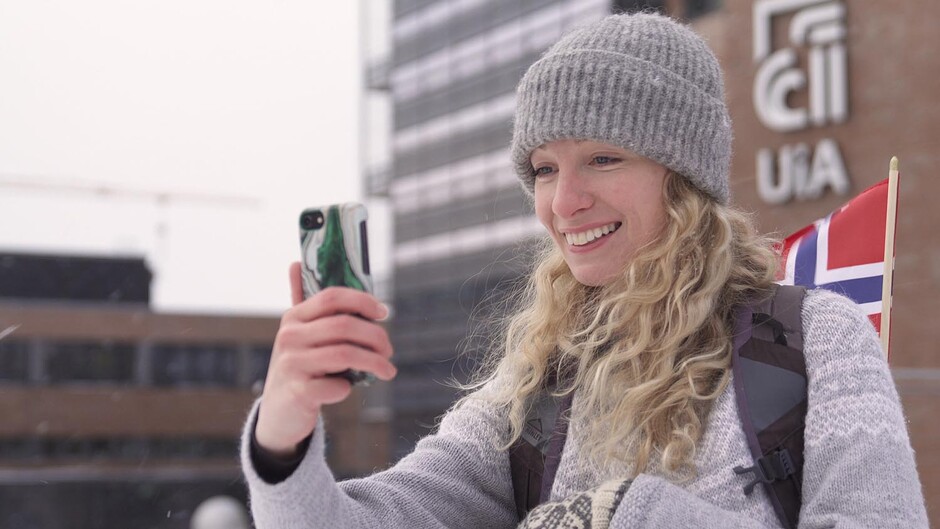 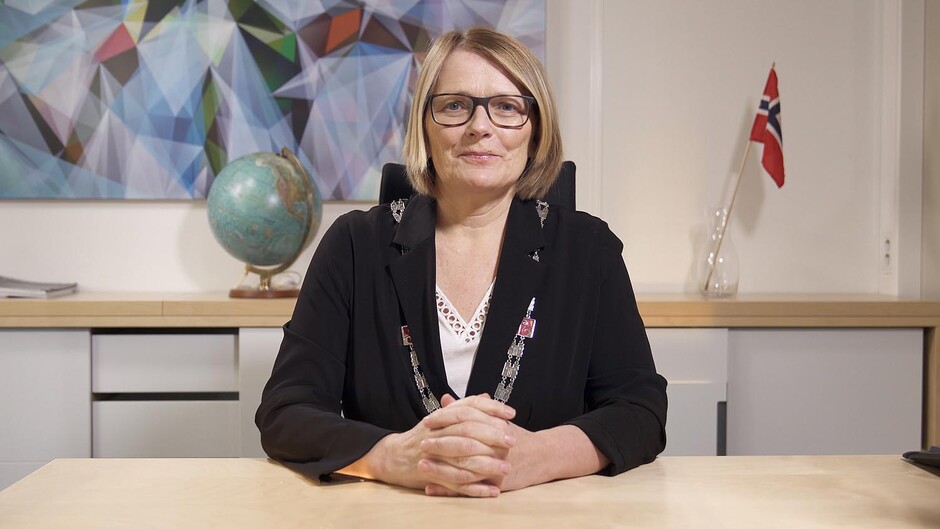