Beat art from UiA at the Bergen International Festival

“Drawings from the University of Agder’s Beat art collection will be exhibited at Cornerteateret in Bergen during the Bergen International Festival from 25 May to 23 June”, says Mette Line Pedersen, UiA’s art historian responsible for the Beat art collection among other things. 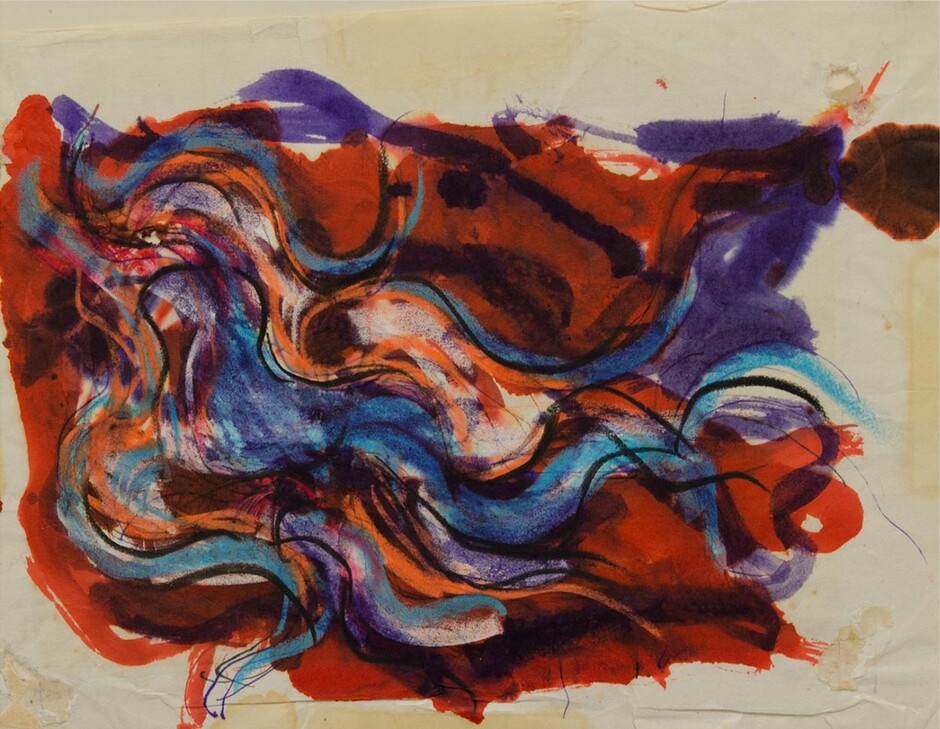 For the first time, a selection of drawings from the large collection of Beat art at the University of Agder will be on show in Bergen. The exhibition takes place at Cornerteateret, Kong Christian Frederiks plass 4 in Bergen. (Illustration: From the pictures in the exhibition)

It is the first time that a selection of drawings from the large collection of Beat art at the University of Agder will be displayed in Bergen. Over the last year pictures from the Wennesland collection have been exhibited both in Athens and at Galleri F15 in Moss, both venues with great success. The Galleri F15 exhibition received good reviews in national media.

“A strong link that few know about exists between American Beat culture and Norway: The world’s largest existing Beat art collection can be found in Kristiansand, at the University of Agder. The fact that a selection of these drawings is now exhibited at Cornerteateret gives an added dimension to Beat art’s literary references and its impulse towards freedom”, the opening programme states.

The exhibition is a cooperation between the University of Agder and Cornerteateret and will be shown from 25 May to 23 June.

FGBB came into being when Frode Grytten was asked to give a lecture on the connections between Beat poetry and jazz, about their kinship and how Beat poetry is jazz in words. The result was a band rather than a lecture.

FGBB has played both Thelonius Monk and Tom Waits and Chet Baker combined with Beat poetry: Allen Ginsburg and Gregory Corso, Jack Kerouac and Frank O'Hara. Both Frode and Pedro have focused on the energy, the play and rhythm of Beat poetry and the opportunity to write in new and free ways which arose with the Beat poets.

The exhibition poster for the Beat art exhibition at Cornerteateret in Bergen. (Illustration: From the pictures in the exhibition)

Art from the Beat Generation:

The large collection from the Beat Generation in San Francisco is a gift from the doctor and art collector Reidar Wennesland (1908-1985) to the University of Agder. Wennesland emigrated to the United States in 1947 and was one of very few contemporaries to see the value of Beat art.

The Beat movement originated in Greenwich Village in New York among writers, intellectuals and jazz musicians. The Beat movement saw its heyday in the 1950s and ended in the 1960s when the hippie movement became the new counterculture.

The movement was spiritual and intellectual, in search of a new truth and way of life in post-war America. The term “beat” (exhausted) was coined by the poet Jack Kerouac in 1948 and described the generation of radical, struggling and unconventional artists stranded in San Francisco, adrift and in search of sanctuary.

The terms “beatnik”, “funky” and “assemblage artist” were also used and referred to the experimental and laid-back lifestyle where life and the arts melt together. Drug use and an alternative lifestyle were typical characteristics.

The economy and Dadaism

In the 1950s, figurative expressionistic painting prevailed on the West Coast of the United States.

Several of the artists represented in the Beat collection were students at SFAI. They were inspired by the music and poetry of Beat culture and represent an art form mixing abstract, figurative, narrative elements with jazz references.

The Californian landscape, European surrealism, Mexican frescoes, African art and Buddhism were also sources of inspiration. Many were inspired by Edvard Munch whose paintings were exhibited in San Francisco in 1951 and 1958.

Beat art is characterised as expressive, vital , abstract and symbolic. Political statements were not expressed in spite of the Beat artists nonconform attitudes, their resistance to the American arms race and fear of the cold war.

The Wennesland collection is characterised by being Reidar Wennesland’s personal selection of Beat art. It contains a number of famous artists like Jay deFeo, but also completely unknown artists. The core of the Beat collection consists of the artists Michael Bowen, Arthur Monroe, Michael McCracken and Bruce Conner – common to all is the fact that the art and the lives lived express a common pursuit to find their place in a society not created for them.