Applications for engineering degrees like civil and structural engineering and computer engineering are up at UiA, both through NUCAS (the Norwegian Universities and Colleges Admission Service) and through local admissions. Law courses have also seen a rise in applications. More than 7000 applicants have put a course at UiA as their first choice this year. 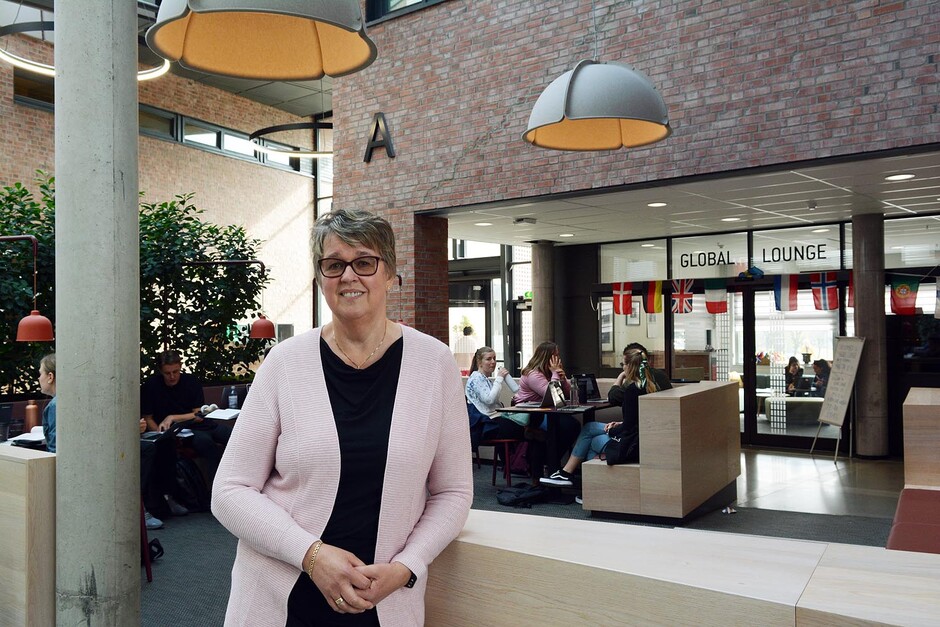 Professional degree programmes such as business administration and nursing have steady numbers, while applications to teacher education programmes have declined this year, both nationally and at UiA. Applications to master’s degree courses have increased.

“The disciplines of engineering are important both for UiA and the region, and we are pleased to see a positive trend in applications for these programmes”, says director of studies Greta Hilding.

UiA has a good increase in local admission, with 6250 first-choice applicants compared to 5000 last year. Almost 3450 of these are applying for two-year master’s degree programmes, which is almost 300 more than last year.

In addition, there are just over 2,000 international applicants for regular bachelor’s and master’s programmes taught in English. That is twice as many as last year. 373 have been admitted, the “question is how many will accept the offer – and how many actually come. Usually, many international students do not show up, and now there may be even fewer because of the coronavirus restrictions.

UiA will probably have just over 13,000 students in total the next academic year.

Not all programmes have annual admissions – advanced practice nursing, for example, which alternates with sexology, which has intake this year. This means that the figures are not directly comparable from year to year.

Number of applicants per place – top ten at UiA

Over 7000 first-choice applicants in NUCAS

Preliminary application numbers from NUCAS (the Norwegian Universities and Colleges Admission Service) show that 7023 applicants have UiA as their first choice. That is 150 fewer than at the same time last year, but the numbers are preliminary. The decline is most apparent in one-year programmes and five-year master’s programmes.

However, there are more applicants for three-year bachelor’s degrees.

“Applications for one-year programmes were unusually numerous last year. So, it was expected that the number of applicants would go down somewhat this year”, says Hilding.

49 percent of UiA’s first-choice applicants are under the age of 21, while the national average is 43 percent.

“Fewer 18 and 19-year-olds apply compared to last year. Then there was a strong increase (11 percent) among applicants who came straight from upper secondary school. This year, there is a decrease of 3.3 percent compared to last year,” writes the Ministry of Education in its press release on the application numbers.

The geographical distribution of applicants remains the same as in previous years: Just over half of first-choice applicants – 55 percent – come from Agder. From other regions, applicants from Viken, Rogaland, and Vestfold and Telemark are most eager to move south.

“We were prepared for a decline in applications for teacher education this year, since there has been a lot of attention around the challenges teachers have faced during the pandemic, but we still have many good applicants, and we expect to fill all places”, says the director of academic affairs.

20 July: Applications for available places open – a list will be posted

1 June: Applications for available places open – a list will be posted

Of all first-choice applicants to UiA through NUCAS, 60 percent apply to the four major professional degree programmes.

Engineering and technology courses see a growth in the number of applicants. Industrial economics and technology management have good numbers, civil and structural engineering and computer engineering are also on a positive trend, while renewable energy, mechatronics, ICT, and artificial intelligence are on a par with last year. For these studies, it is important to remember that many are accepted through local admissions. In addition, many take a master’s programme after completing their bachelor’s degree, rather than going straight for a five-year master’s degree.

Language subjects, history, religion, and traditional science subjects are doing worse than last year. The exception is the bachelor’s programme in English, which had an increase from 21 to 55 first-choice applicants.

The nursing education has similar numbers to last year. Of first-choice applicants, almost 100 in Kristiansand and 60 in Grimstad are male – the female ratio is above 80 percent in both places.

In addition, there are more than 270 applicants in the local admissions for the nursing programme offered locally in the region.

Social education continues to increase, 263 applicants have this programme at the top of their list – 71 percent are women.

In vocational subjects such as social work and child welfare, the number of applicants is falling, but there is still strong competition for each place.

Law has strong growth in the number of applicants – from 209 last year to 267 first-choice applicants this year, 180 of these are women.

“We are pleased with the increased number of applicants for the bachelor’s programme in law now that we plan to establish a master’s programme. This means that our students won’t have to apply to another university to complete their professional degree”, says Director of Academic Affairs Greta Hilding.

Of other programmes, political science has grown, while physical education and sport programmes have declined –  in line with the national trend.

Among the arts courses, the bachelor’s programme in popular music performance sets the best tone, with an increase from 167 first-choice applicants last year to 215 this year. The master’s programme in popular music also keeps the pace, with 138 first-choice applicants this year, against 76 last year. Classical music performance also received increased applications for both the bachelor’s and master’s programmes.