An insider’s perspective on American culture 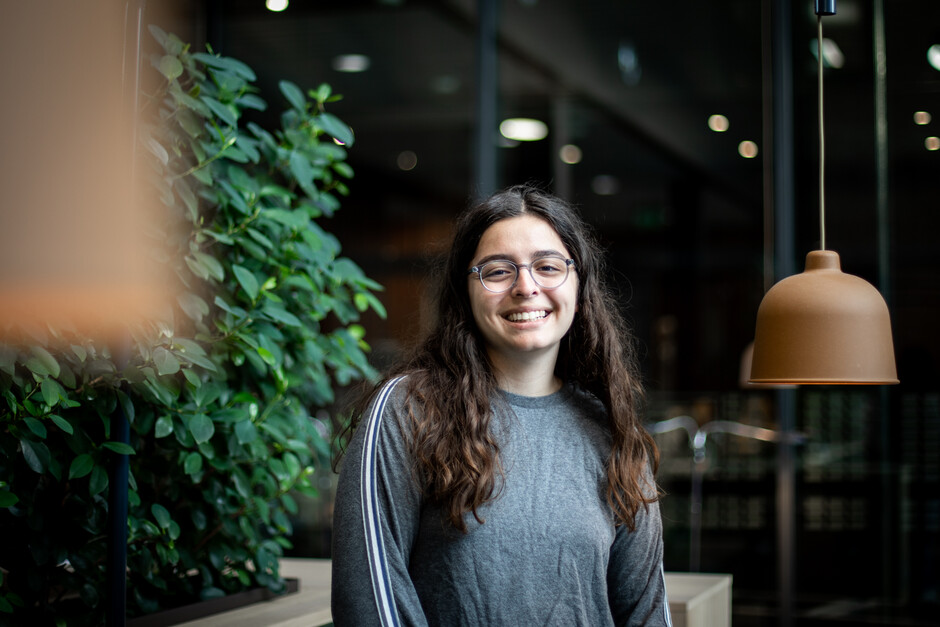 Fulbright teaching assistant Jillian Impastato will be at the University of Agder until June 2022.

“Jillian brings first-hand input on American society, culture and politics, into the classroom. This is particularly relevant at a time when America, and especially American politics, are in the spotlight. It is important to educate students about the situation in the United States”, says Erik Mustad, associate professor at the Faculty of Humanities and Education at the University of Agder (UiA).

Jillian Impastato is a Fulbright English teaching assistant (ETA) from the United States. She came to UiA this semester through Fulbright Norway.

The Fulbright programme is an international educational exchange programme supported by the Norwegian and U.S. governments with annual allocations of funds. Each year, a selection of students and scholars from both countries receive grants to study, teach or conduct research. Grants are awarded in almost every academic discipline. The collaboration between the university and the programme dates to the 90’s.

At UiA, she takes part in Mustad’s lectures by observing, co-teaching and actively contributing to discussions by giving presentations based on her own academic background and experience. 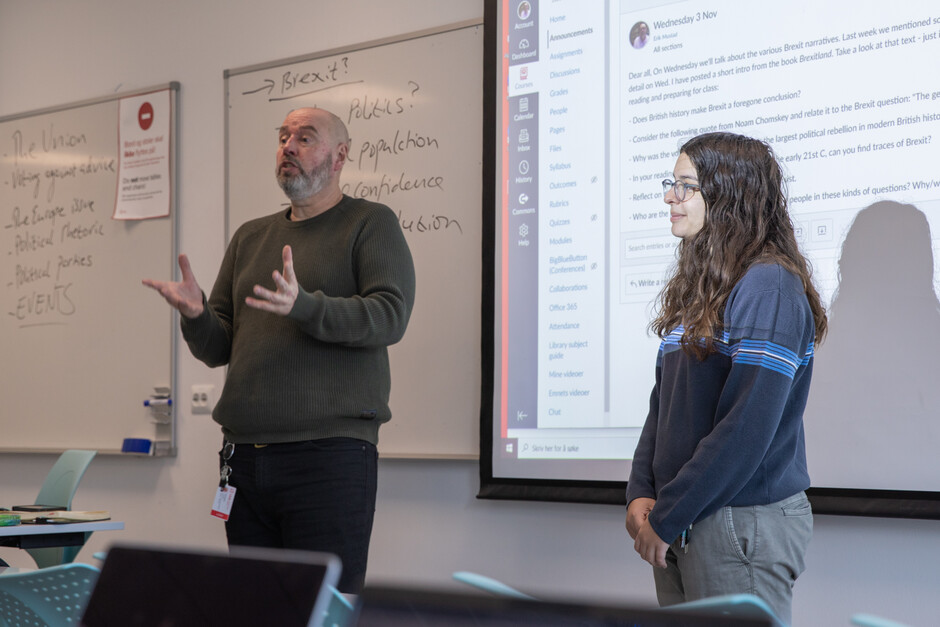 Erik Mustad and Jillian Impastato co-teach and discuss current topics inside and outside the classroom.

Mustad is also Impastato’s academic supervisor. They discuss topics such as multiculturalism in America and the critical race theory inside and outside the classroom.

Impastato has a bachelor’s degree in Art History and Education from Tufts University, located just outside of Boston.

She is also a mentor at Skrivestua, UiA’s Writing Centre, helping students with academic writing in English, and is involved in a project on rethinking design thinking at UiA CoLab, a creative learning centre for co-creation, knowledge sharing and social innovation. Recently, she took part in classes at KGG high school in Kristiansand where she taught American culture and politics to students.

Impastato applied to Fulbright Norway in September 2020 amid the pandemic, and she went through an extensive and demanding application process, which included several interviews and essays, and three letters of recommendation.

“Fulbright Norway is a prestigious and highly competitive program with a very low acceptance rate. I feel very honored to be here”, says Impastato.

She first learned about the Scandinavian education system while she was still at school.

“What appealed to me the most about Norway was the education system and the possibility to learn first-hand from a country that gets so much right”, says Impastato. She was also drawn by the country’s beautiful nature and the idea of doing many outdoors activities, such as hiking.

Reflections about Norway and American culture

Living in Norway and being in daily contact with Norwegians, both at work and privately, has given Impastato outsider’s view on American culture, making her reflect on her own experiences while growing up and studying in the U.S.

“Being the only American in the room has been an eye-opening experience to identify the good and the bad about being an American. One thing I found to be very interesting is the fact that Norwegians are very curious about Americans and are familiar with many aspects of American culture”, says Impastato.

Impastato arrived in Norway in August 2021 and will be staying until June 2022.

“It has been an inspirational and incredibly enriching experience so far”, she says.

Opportunities for internationalisation at home

Mustad believes that collaborations such as the one with Fulbright Norway are very important to the development of the university and have a substantial impact in the quality of the education offered at the University of Agder. 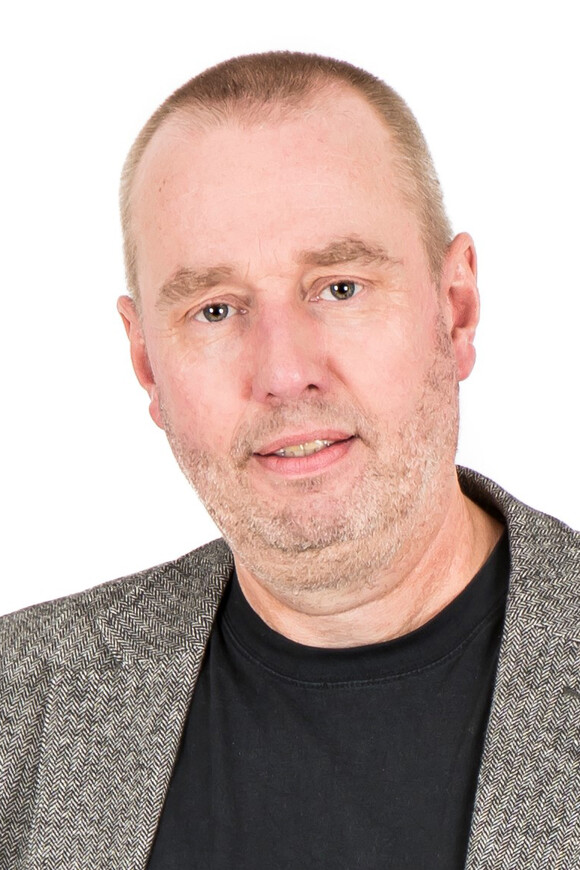 Erik Mustad, associate professor at the Faculty of Humanities and Education.

“Internationalisation itself is not just about sending people abroad; it is also about bringing people on to campus who have a different background and can share knowledge about other parts of the world”, says Mustad.

He also believes that internationalisation at home is particularly beneficial for those who don’t have the opportunity to travel abroad.

Digital internationalisation is on the rise

In addition to the Fulbright programme, UiA will soon be launching a pilot called “the transatlantic classroom”, a form of digital internationalisation, in partnership with Morehead State University in Minnesota in the spring semester. The collaboration arises from a relationship between Erik Mustad and former Fulbright scholar Sean Taylor who was at the University of Agder in 2010.

“We hope that these kinds of collaborations inspire the other faculties to create more opportunities for internationalisation at home at the University of Agder”, says Mustad.