The government will prepare a new action plan for LGBTIQ+. Minister of Culture and Equality Abid Raja started the planning process in cooperation with the Centre for Gender and Equality at the University of Agder. 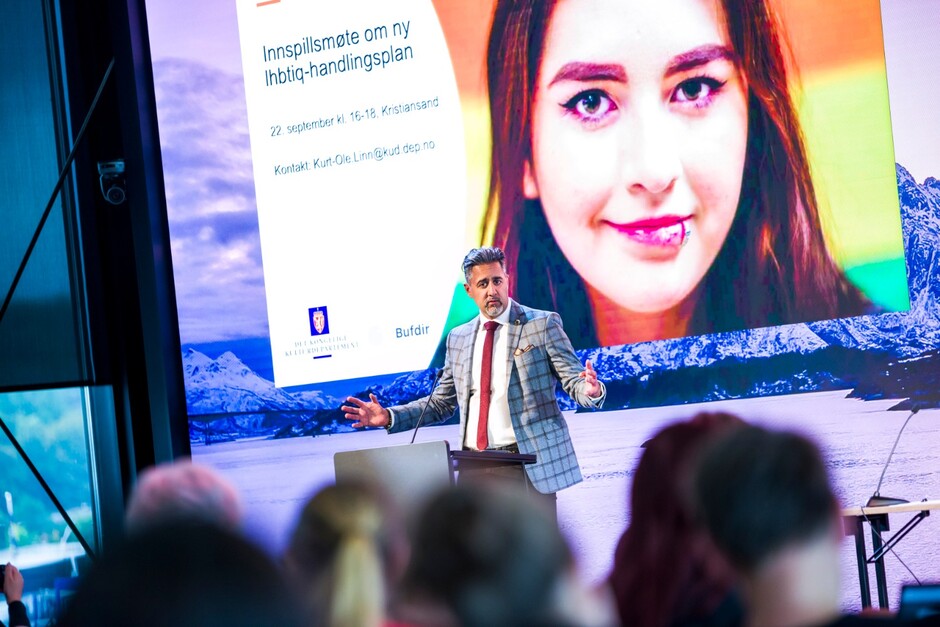 Minister of Culture and Equality Abid Raja opened the meeting by citing the report from 2018 ‘Skeives levekår i Agder’ (Living conditions for queers in Agder). Photo Kjell Inge Søreide.

A new action plan to promote equality for LGBTIQ+ people is now underway.

Minister of Culture and Equality Abid Raja started the process with an internal work meeting with representatives from UiA’s Centre for Gender and Equality in Kristiansand on Tuesday 22 September.

Later in the afternoon he met with representatives from counties and municipalities in Agder, Rogaland and Hordaland, and queer organisations like Queer Christian Network, FRI Agder and Queer World from the same counties.

The meeting is the first of three the minister will have with organisations and experts before writing the plan. The next meetings will be held in Tromsø and Oslo.

Need for awareness and knowledge 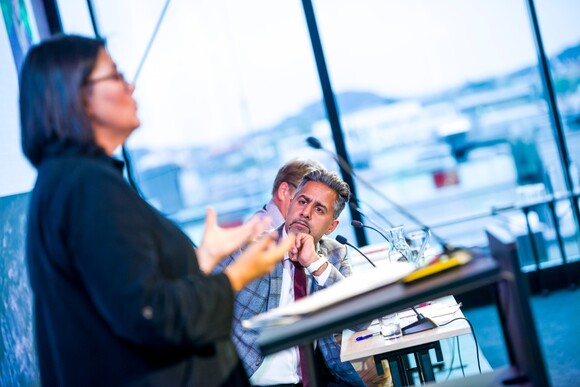 Einstabland presented the research report ‘Living conditions for queers in Agder’ (2018). It shows that a third of the respondents reported reduced ability to work due to mental health problems in the past year, and 70 percent of trans people in the survey had experienced suicidal thoughts.

In the meeting with the minister, University Director Seunn Smith-Tønnesen emphasised the role of the university in the community. She said that UiA contributes to developing knowledge and awareness about equality and living conditions. 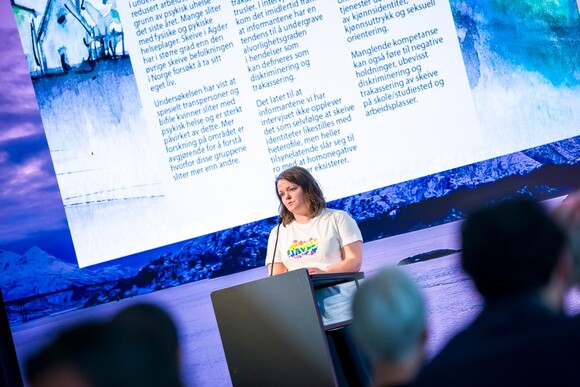 UiA adviser Elanor Halvorsen Brendmo referred to the living conditions survey 2018 from Eastern Norway Research Institute. It shows that queer people in Agder suffer more ill health and suicidal thoughts than the rest of the country.

Einstabland and Brendmo also discussed challenges in promoting gender equality and preventing discrimination in the Agder region. Einstabland said there is a need to raise awareness and increase our knowledge of gender and equality issues across Agder and the rest of the country.

“UiA’s Centre for Gender and Equality aims to be a driver for increased equality in the Agder region”, she said.

She said that the core business of the centre is focused on teaching, research and dissemination of knowledge. The centre organises courses and seminars and offers advice to government and local authorities, organisations and private sector entities.

Klostergaard reminded the minister of various events at UiA this autumn related to the prevention of racism, such as a dialogue meeting on 28 October, a political debate on racism on 8 November and the big gender equality conference on 2 December.

UiA presented its own suggestions for the new action plan for LGBTIQ people:

“We need more research on the discrimination against queers and maybe especially trans people, to improve our understanding of how such discrimination reinforces the outsiderness and stress of minority groups”, Einstadblad said to minister Raja.

Minister Abid Raja drew attention to the report on Agder when he later in the afternoon invited input for the new action plan from a number of stakeholders and organisations from Agder, Rogaland and Hordaland. 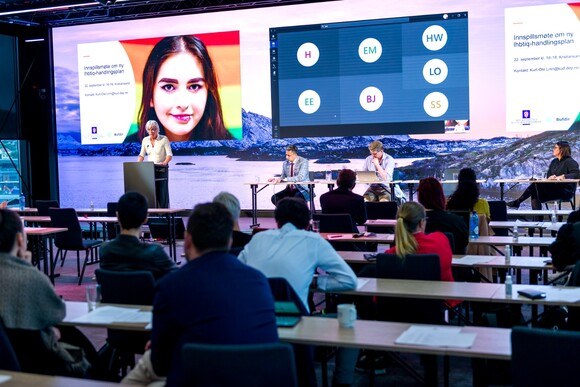 Esben Esther Pirelli Benestad agrees that it is more difficult to be queer in Agder than elsewhere in the country. But Agder has the most sexologists, so a new resource centre for gender research should be located at the University of Agder, they said. Photo: Kjell Inge Søreide.

He emphasised that there should be no doubt that the new four-year action plan will have ambitious goals.

“We must fight to combat negative social control in every part of society. Being queer should have no bearing on your mental health. All queers should feel comfortable to be open and free. Together we will make Norway a generous and inclusive society”, said Raja.

Many of the proposals from the organisations told stories of ignorance and incompetence around LGBTIQ people. Like UiA, they emphasised that there is a great need for more training and competence in the field in nursery schools, schools, universities and the health service.

The Centre for Gender and Equality plays a key role

After Raja’s opening speech, Einstabland and Brendmo each gave a lecture on the challenges queer people face. 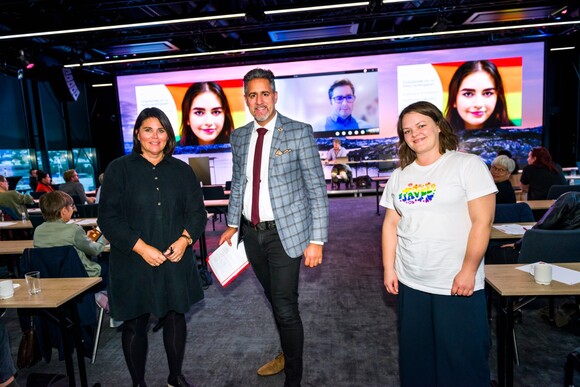 Einstabland reviewed news stories in regional and national newspapers to show that it is still necessary to work actively to combat discrimination against queer people.

Brendmo referred to the living conditions survey 2018 from Eastern Norway Research Institute. It shows that queer people in Agder suffer more ill health and suicidal thoughts than the rest of the country.

“Prejudice against queers is more widespread in our region than elsewhere in the country”, Brendmo said.

“These are powerful stories and important insights to bring to our work on the gender equality plan”, said Minister Raja as he left the meeting with his notebook full of input.