A colourful and lively Global Village

From Armenia to Bolivia, a total of 30 countries and universities were represented at this semester’s cultural fair last week, promoting international, cultural and educational exchange.

The cultural fair gathered international and domestic students in the main hall at Campus Kristiansand and started a conversation about student mobility.

Global Village, also known as International Day, is a biannual event hosted by Global Lounge and the International Education Office at Campus Kristiansand.

Last week, international students of UiA proudly represented their home country or the country that they studied in by displaying cultural facts, tasty bites and educational information. 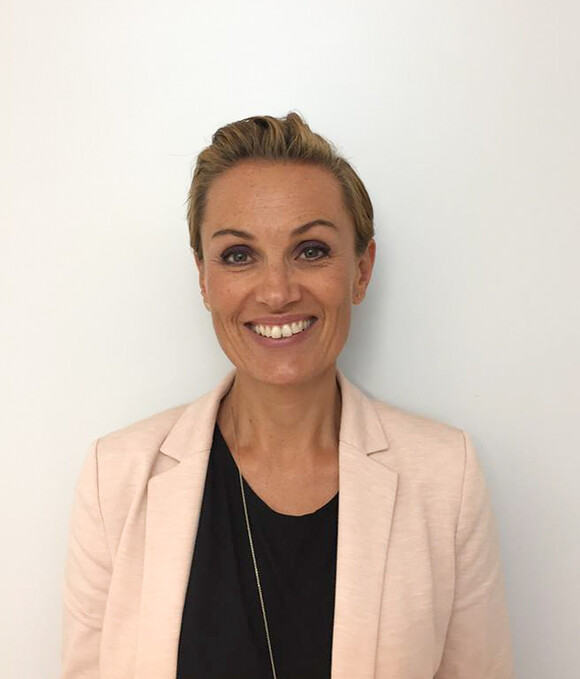 A total of 30 countries and universities were represented at the cultural fair by former and current exchange students, celebrating their culture, customs and educational systems. The stands were full of pictures, traditional food samples, university brochures, fact sheets and quizzes.

Janne Strøm Fladstad, international coordinator at the International Education Office at UiA, says the event provides a better understanding of people and countries, as well as encouraging students to explore the fantastic opportunities that are available abroad.

“Via Global Village we wish to show the entire university the diversity of the students who are currently here. We also want to make domestic students aware of the international environment and the possibilities they have abroad when it comes to going on exchange”, Strøm-Fladstad says.

A moment of pride

Many of the students who took part in the event have been studying at UiA for less than a month.

Tanmay Gupta, exchange student from India, arrived at UiA in early January. With fellow Indian students, he set up a stand and offered visitors Indian snacks, also serving anecdotes, information and showing pictures of his home country and culture. 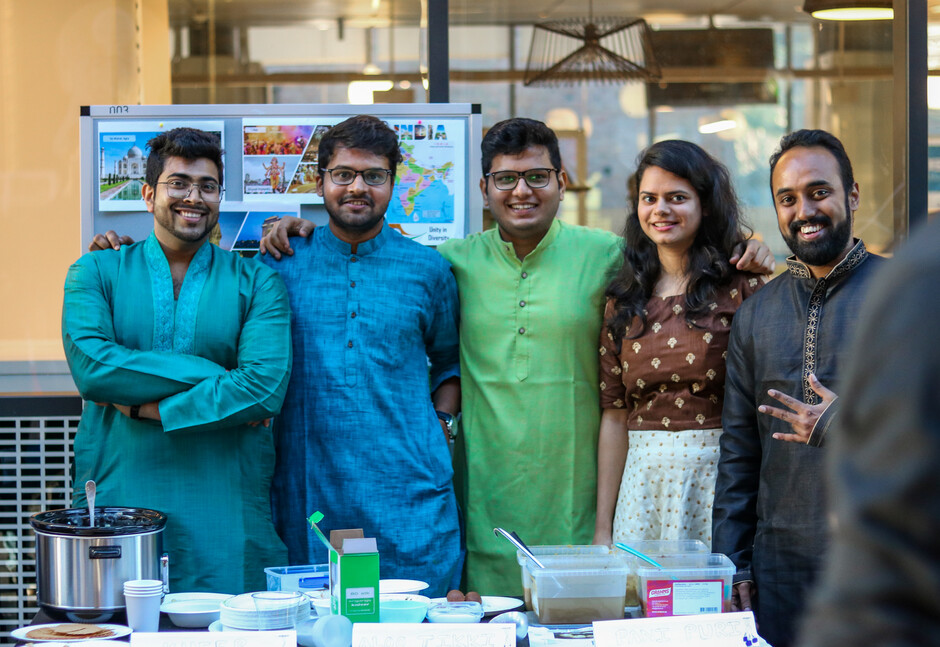 “Global Village is an excellent platform to understand more about different countries, all under one roof. The energy and enthusiasm demonstrated by individuals while presenting their country and culture was amazing”, says Gupta.

For Gupta, having the opportunity to represent his country in Norway was a moment of pride.

“Seeing the Indian flag in Norway was a goose bump moment for all of us. We all wore our traditional dress, and we felt very much at home. The best part of the event was how people reacted when trying our spicy food!”, says Gupta.

Domestic students that have been on exchange in previous semesters were also encouraged to participate.

Hanna Wikeby, currently studying education at University of Agder, took a semester at the University of Limerick in Ireland last year. She presented a scrapbook containing mementos of her experience and offered Irish flapjacks to the students.

‘‘I enjoyed promoting the University of Limerick. I also talked to people that are considering going to Ireland on exchange. It was great to answer questions related to the country and the university!’’, says Wikeby.

Tommaso Mondovì, intern at the International Education Office and working at Global Lounge, was pleasantly surprised by the success of the event, the wide range of countries represented and the level of participation and involvement of the students. 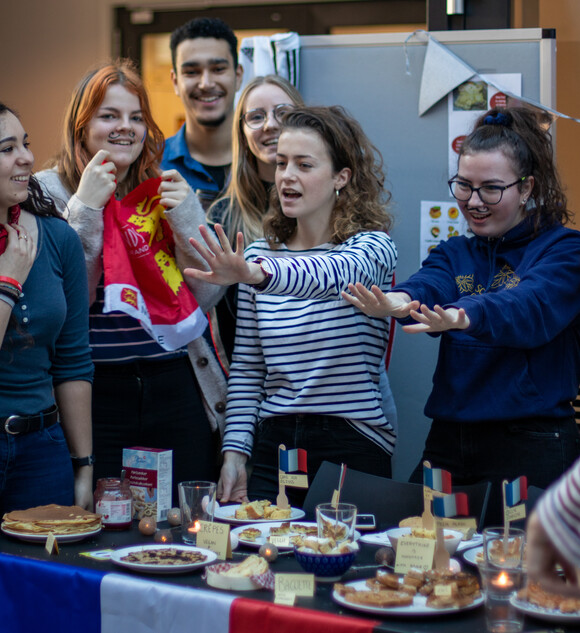 “I have participated in similar fairs in the past, while I was a student at two other institutions. This time, however, instead of representing a country, I was a part of the institution organizing the event”, says Mondovì. “It was great to experience the other side of things”, he adds.

The event concluded with the winners being released on the Global Lounge’s Social Media accounts on Friday morning. France won the first prize, Bolivia the second, and India the third. The students from each country was very pleased to hear the news and received their prize earlier this week.