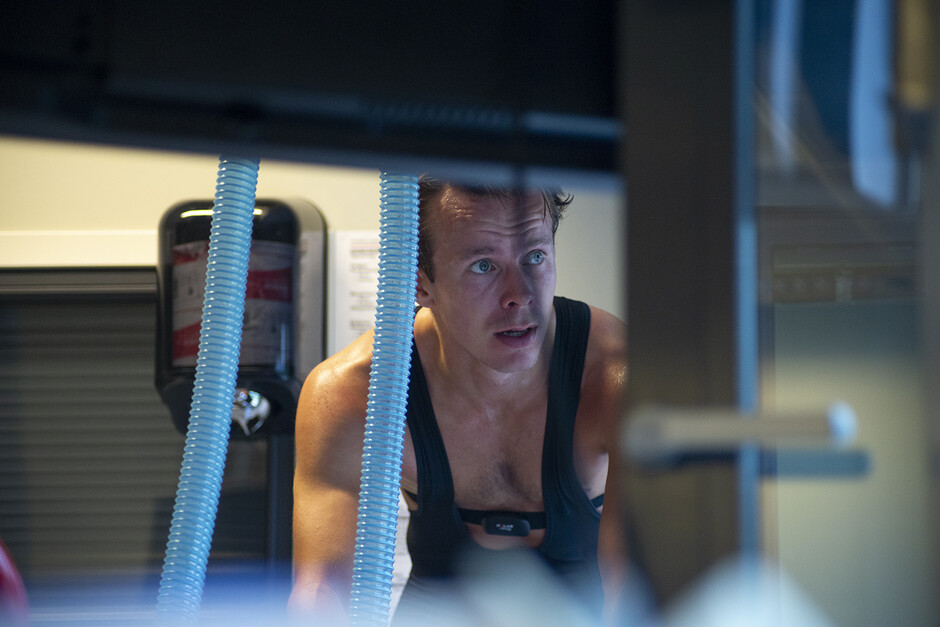 It is important to have something meaningful to do alongside elite sports, and to have an education to fall back on when a sporting career is over. A record number of elite sportspeople are now taking educational programmes at UiA.

“A lot of training is needed when you are injured,” says handball keeper Katrine Lunde, a few weeks after the bronze medal match in the handball Champions League.

Her team, Vipers Kristiansand, won the game against the French team Metx, and are therefore Europe’s third best team for the 2018-2019 season. But a quarter of the way through the match, Lundet damages her cruciate ligaments and has to be carried off the court. 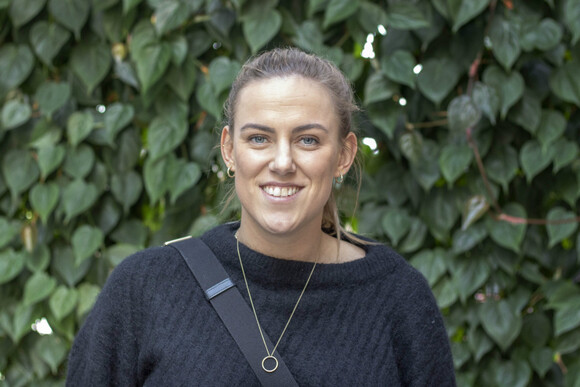 Emilie Hegh Arntzen: It is good to have a network outside of handball too. I get this through my studies at UiA. Photo: Magnus Nødland Skogedal. 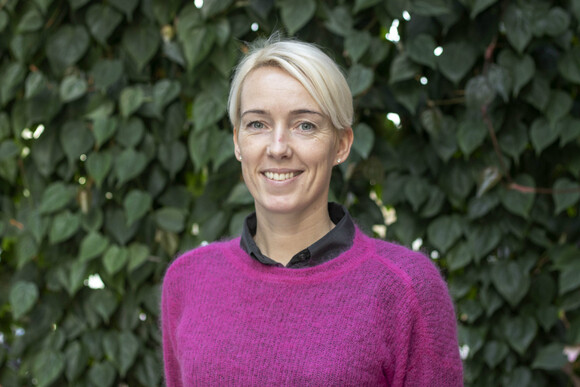 Veteran keeper Katrine Lunde has two Olympic gold medals, a world championship gold and four golds in the European championships. She has also won the Champions League four times and has made league, cup and final appearances in Norway during the last two years.

We meet her together with her teammate and national team colleague Emilie Hegh Arntzen. Both of them have elite sports status at UiA, and are taking bachelor’s degrees in social work.

“The elite sports status gives us the opportunity to take an educational programme parallel to the sport, even though it is challenging to make it work,” say Lunde and Hegh Arntzen.

“The injury doesn’t make it any easier. A lot of training is needed in order to come back, and this takes a lot of time,” says Lunde.

Lunde and Hegh Arntzen are two of a number of elite sportspeople studying at UiA. Here, we find individual and team athletes and both summer and winter sports. The majority are not studying sports subjects, but rather subjects that correlate with their interests outside their sport.

At the university’s sports laboratories in Kristiansand, we come across Simen Spieler Nilsen. The Olympic skating winner pedals hard on an exercise bicycle whilst both oxygen and blood levels are monitored closely. He has been injured for large portions of the season, but is now rapidly on his way back.

Spieler Nilsen is also a student at UiA’s School of Business and Law where he is taking a bachelor’s degree in Economics and Administration at Campus Grimstad.

As an elite sportsman, he has a specially organised and adapted programme of studies.

“Without this adaptation, it would not be possible for me to study. Of that I am fairly certain”

During the team pursuit speed skating during the Olympics in Pyeongchang in 2018, he appeared in the final together with teammates Håvard Bøkko and Sverre Lunde Pedersen. Across the track in the packed Olympic arena was the South Korean home favourite standing ready, after Norway had knocked out the Netherlands with Sven Kramer on their team in the semi-final. Just three minutes and thirty-seven seconds later, Norway were champions.

“For me, it is first and foremost about having fewer lectures, since I travel a lot, and a little less student workload, so that it is more bearable. At the same time, it is important to read yourself,” says Spieler Nilsen.

“As students with us, they get the opportunity to adapt their educational training plan in such a way that the studies are more easily combined with their focus on sport, says Geir Torstveit, coordinator for the elite sports priority area at UiA.

This occurs through flexibility through their courses of studies where one might, for example, need more time than regular students.

“They will also have the opportunity to make requisite adaptations in connection with obligatory teaching, tests and examinations,” he says.

“The adaptations made have been really important for me. Without these, I would not have been able to spend three years doing something that the others have completed in one year. Achieving this is worth its weight in gold, both for UiA and Start”. Espen Børufsen.

Start veteran Espen Børufsen is taking the same study programme, and is soon to be a qualified social worker, having spent five years taking a three-year bachelor’s in social work. In this way, he has been able to complete all of the obligatory elements of the study, but utilising more years doing so in order to have enough time left over for training and matches.

An elite sportsperson spends a great deal of time on their chosen sport – time spent on training, competitions, restitution, and travelling. Regular studies alongside sport also provide new and different kinds of inspiration and experience.

“It is great to have a network outside the sport, so that handball doesn’t become everything that exists in your life,” says Emilie Hegh Arntzen. Start captain Erlend Segberg (22) also emphasises the same. He is taking a bachelor’s in political philosophy, and for the time being is working on his studies in political sciences.

“Studies give energy, and in that way supply me with something as a sportsperson,” says Segberg where we meet him in a packed UiA canteen.

“It is important to get out of the football bubble and think about something else. So I am also concerned about belonging to an environment outside of football.

I study because I am curious by nature, and interested in society and how it works”, he says.

Some sportspeople have long careers, and others have them interrupted because of injuries or a lack of motivation. After a career is finished, the everyday existence of working life awaits.

“I want to work with people”, says Børufsen.

The Start player has been inspired in this regard after having been a coach for Start Life Support. In collaboration with Kirkens Bymisjon, Børufsen has for several years coached a group of people who do not have it all their own way in life.

“It is important to have an education after you are finished with a sports career. It is great to be able to train within a field to which you are dedicated,” he says. 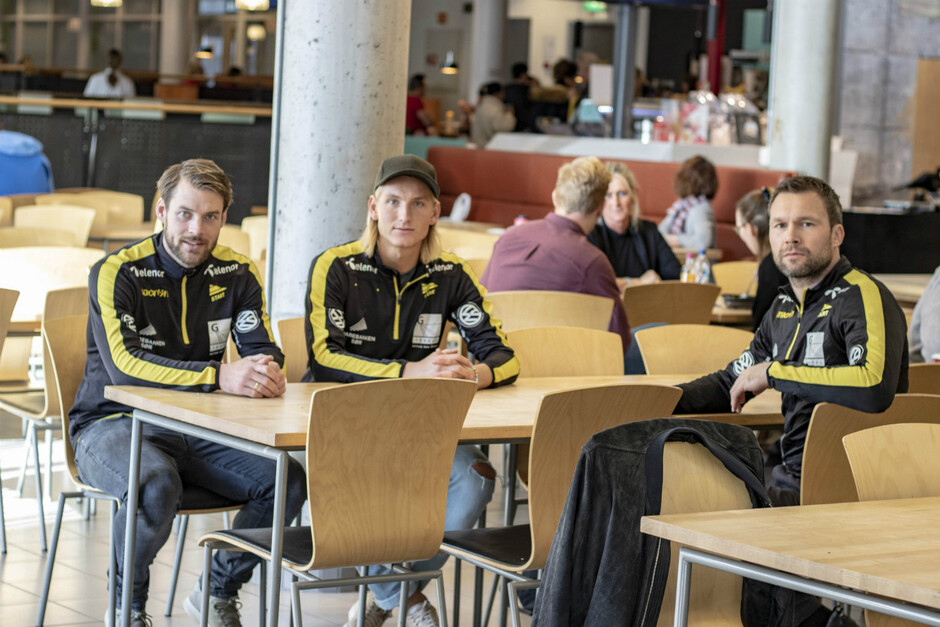 The requirements cannot be relaxed

“It is important to have a degree of realism in relation to the studies. It takes time and energy to study alongside sport,” says Torstveit, and explains that individual athletes, coaches and leaders can often ask that they be allowed to get through their studies more easily because they are elite sportspeople.

“As future employees, they must have the same professional qualifications as everybody else with the same training. As a result, we cannot relax the requirements – but we can adapt”, says Torstveit.

This view is supported by the sportspeople that we have spoken to. They are used to setting themselves tough demands, and do not desire shortcuts. We have to relate to deadlines and requirements, but we do need systems which make it possible for us to study, they say.

“It is possible to find solutions when the dialogue is good,” says Katrine Lunde.

“Studies give energy, and in that way supply me with something as a sportsperson.”

“We train the whole person, and only when it works on all levels of the chain can we get the best out of the sportsperson”. 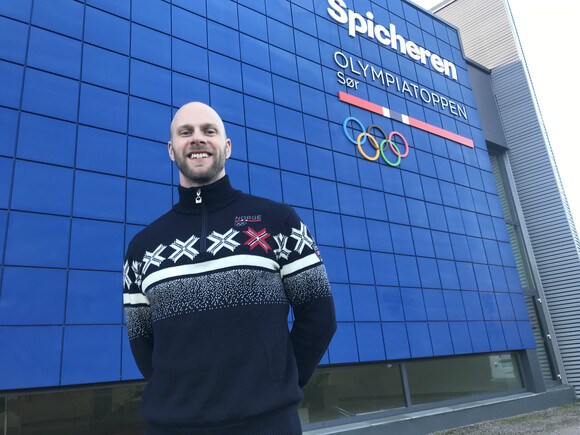 Sondre Skarli is a former master’s student in Sports Sciences at UiA. Now he is a gold-medal coach from the Winter Olympics employed by Olympiatoppen Sør.

These are the words of Sondre Skarli, Norway’s gold-medal coach from the skating at the Olympics in South Korea in 2018. During the Pyeongchang games, Norway took two gold medals, one silver, and a bronze in skating. It was the first skating gold since 1998, and Håvard Holmefjord Lorentzen’s gold in the 500 metres was the first in that distance since Finn Helgesen took Olympic gold in 1948.

The 32-year-old from Dølemo in Aust-Agder works at Olympiatoppen Sør in Kristiansand with professional responsibility for endurance and talent development. He has a master’s in sports sciences from UiA.

An important choice along the way

Skarli explains that the end of a career can be difficult for a sportsperson. One does not always steer one’s own career. It might last for many years, but it might also end abruptly as a result of illness or injuries.

“Many experience a grieving process when they retire, because they have devoted their entire lives to a project which comes to a halt. It is as if they have put all of their eggs in one basket, and all of the eggs break at the same time. It is a great advantage for an elite sportsperson to take a course of education along the way, because you need something to fall back on when the sporting career is over,” says Skarli.

Skarli believes that studies also mean something for sportspeople whilst they are still active, both in good periods and when they are up against it.

“In bad periods it is important to have something else to think about so that not everything falls by the wayside when the results are not forthcoming. For those who really succeed in sport, a study taken alongside it can help to keep the sportsperson with both of their feet on the ground so that one is on the offensive”, says Skarli.

Structure is important for an elite sportsperson. Training and restitution, nutrition and rest – everything has to be done according to carefully thought-out plans.

“By studying on the side, a sportsperson can learn structure. Structure in both studies and in training can become a win-win situation,” says Skarli and adds that many of them can use their professional knowledge that they gain through their studies in their given sport if one takes, for example, subjects within psychology or physiology.