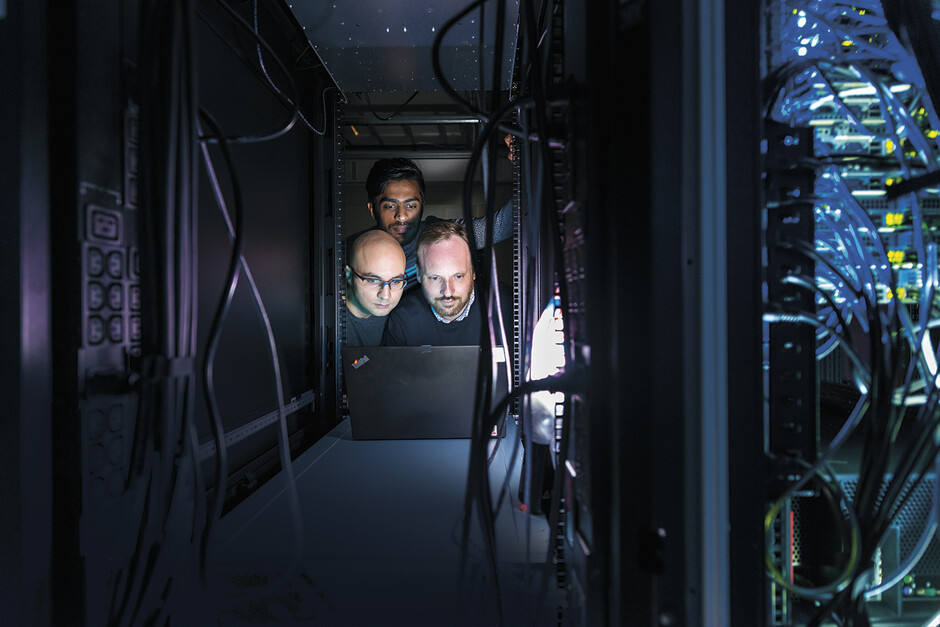 “We have done several studies and published articles on the use of artificial intuition in the Tsetlin Machine”, Ole-Christoffer Granmo says, professor and director of CAIR,  Centre for Artificial Intelligence Research at UiA.

The development has been rapid since CAIR was established in 2017. One of the breakthroughs was when Granmo launched the Tsetlin Machine in April 2018. It is a new method for use of artificial intelligence. The method turns out to be simpler, faster and more precise than the established methods which use the principles of deep learning to develop artificial intelligence.

Researchers at home and abroad have since confirmed Granmo’s findings, either in new tests or by replicating the Tsetlin Machine tests. Researcher Migda Wojciech at Gdansk University of Technology has repeated and confirmed all of Granmo’s findings.

The renowned academic journal Science recently published an article where deep learning was seen as some kind of modern alchemy, where you can turn rocks into gold without being able to understand how.

“A fundamental scientific principle is to explain how you achieve a result. When we sometimes can’t explain how artificial intelligence with deep learning reaches solutions, we become embarrassed. The Tsetlin Machine applies a different method, and here we are able to explain how we get the results”, Granmo says.

By using large amounts of data, the recipes can learn. By seeing thousands of X-ray images, an algorithm can learn to understand how an X-ray image showing no signs of disease will develop in the future. So, the algorithm sees into the future. And the algorithm, as opposed to the doctor, may reveal disease in the patient from an X-ray even when the disease has not yet broken out.

Another example is the algorithm to read patient medical records, developed by Research Fellow Geir Thore Berge at UiA, Senior Consultant Tor Tveit at the Hospital of Southern Norway and Granmo. The algorithm has learned to recognise signs of allergy and delivers speedy and accurate diagnoses. The solution has been a success and has even discovered new forms of allergy in some patients.

“Once you have developed a method like the Tsetlin Machine, you can always expand the areas of application by using new recipes and making adjustments”, Granmo says.

The Tsetlin Machine is a tool researchers can adapt for use with artificial language, image analysis, pattern recognition, reasoning, planning and diagnostics.

The researchers now want to expand the repertoire of the Tsetlin machine. Artificial intelligence that finds its way intuitively works faster than solutions which are merely intelligent.

Just think of world chess champion Magnus Carlsen. Chess experts think he is best when he moves the pieces on the chess board intuitively. He is also faster than his opponents then.

Professor Granmo and his colleagues want to give the Tsetlin Machine a quick and intuitive method of operation like that. The goal is for the algorithm to use fewer operations before reaching the solution. Then it needs to learn to see connections intuitively.

The Tsetlin Machine will get a sense of numbers. That way, it will sense that 9 comes before 10 and after 8, without doing any calculations and without spending time or computational power.

The machine then does not only have artificial intelligence, but has acquired artificial intuition, or gut feeling, which it is also called.

“The fewer operations the artificial intelligence needs to go through, the quicker it reaches the correct results. Besides, it uses a lot less computational power when we reduce the machine tasks”, Granmo says. 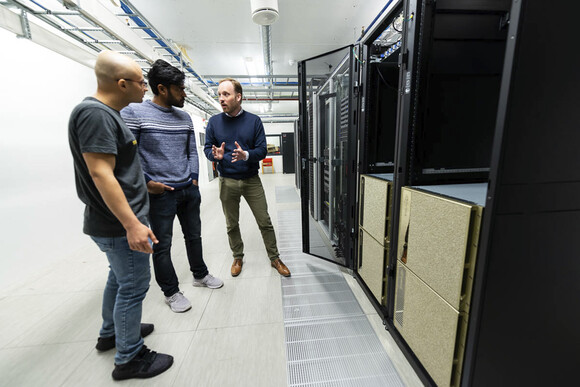 UiA has invested in computing power that few others in Europe have. Professor Ole-Christoffer Granmo discusses how best to use the computing power with his research fellows, Saed Rahimi Gorji and Darshana Abeyrathna.

“In principle, the Tsetlin Machine can learn anything from pattern recognition to diagnostics. However, the method is still a new invention and constantly being tested”, Darshana Abeyrathna says.

He is a research fellow at CAIR and works with Granmo to simplify and expand the areas of application for the Tsetlin Machine.

Even though the methods are simpler than the deep learning methods, the Tsetlin Machine still has to carry out many operations before reaching a solution.

If researchers succeed in reducing the number of commands and operations, the machine will become even faster. Besides, it will need much less computing power to deliver.

“Control parameters go from being set by the user to the Tsetlin Machine learning to set them by itself”, Abeyrathna says.

Abeyrathna is concerned with reducing the number of tasks the Tsetlin Machine needs to go through. The point is to give the machine intuition.

Research Fellow Saed Rahimi Gorji works on expanding the area of application for the Tsetlin Machine.

“There are three kinds of learning an algorithm must command in order to be a complete version of artificial intelligence, and I am working on making the Tsetlin Machine learn reinforcement learning”, Gorji says.

Powerful machine learning systems use all the three kinds of learning:

the algorithm looks at examples and learns to generalise and recognise images of the same kind.

The Tsetlin Machine is just one of many milestones for CAIR since it was established less than two years ago. One milestone was when the centre opened the House of CAIR in Grimstad in February, a research environment for researchers from all around the world. Researchers from the universities in Edinburgh, Newcastle, Groningen, Luleå, Ottawa and Pittsburgh are among the House of CAIR partners who visited UiA when House of CAIR opened earlier this year.

The reasons why top researchers from leading universities are attracted to Agder and invest in cooperation with CAIR are threefold: They want to cooperate with top international researchers at the centre in Grimstad; they want to test their own research on the Tsetlin Machine; and they want to use the unique computers at CAIR.

“Few others have four of this kind of supercomputer which we have invested around NOK 20 million in. We are going to invest in another four, and then we will be among the largest in Europe in computational power, which artificial intelligence is so dependent on”, Granmo says.

The machines are running around the clock, processing data for the Tsetlin Machine. Centre for Artificial Intelligence Research has already written and submitted a preliminary application to obtain status as Centre for Research-based Innovation (SFI). The final application will be submitted in September.

“I have a good gut feeling”, Granmo says