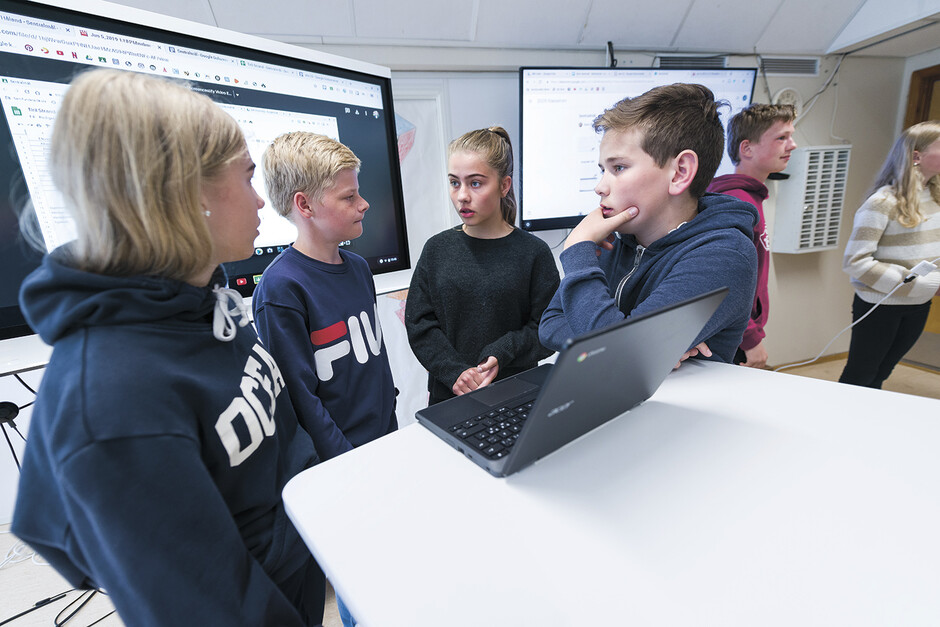 Everybody can be good at mathematics

Researchers at the priority research centre MERGA are working to develop new teaching methods in mathematics. The aim is that children and young people become better at maths.

“Maths is not magic; it is a subject that most people can learn,” says Martin Carlsen, Professor of Mathematics Didactics and leader of MERGA (Mathematics Education Research Group Agder) at UiA.

At MERGA, 46 researchers are working to develop new teaching methods in the mathematics subject so that pupils learn maths better. In the terminology of the field, this is called “mathematics didactics”. 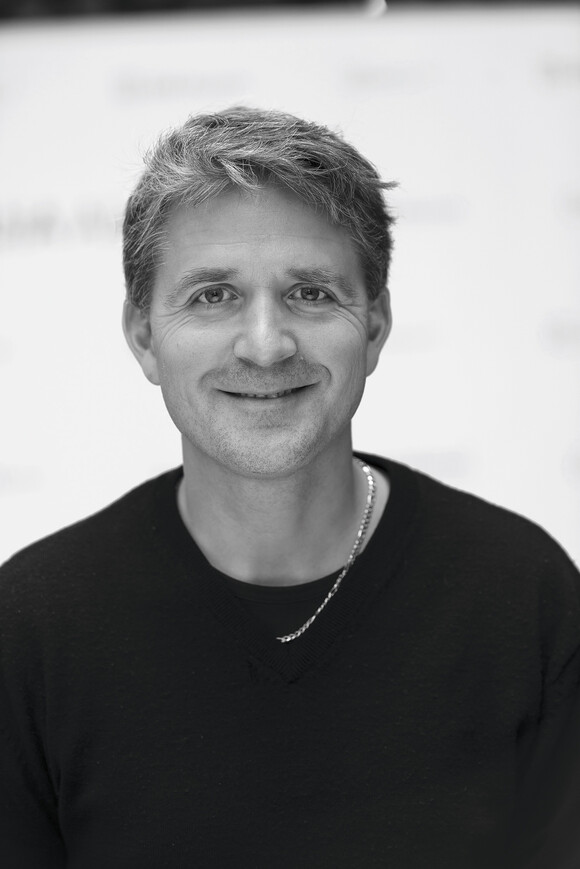 “Didactics” is a Greek word which means to learn, teach, prove, and clarify. The problem with mathematics is that it is unclear for many of us.

“Our aim is to find our way to teaching methods which provide better mathematics learning for pupils from nursery to upper secondary school”, says Carlsen.

The researchers are collaborating closely with nurseries, lower secondary schools and companies. In this way, the university connects theoretical researcher expertise with the practical experiences of the teachers in nurseries and schools and in the business sector. This provides research that is close to the field of practice.

“The point is to see mathematics in the context of the practical everyday life of companies, nurseries and schools. Together, we then develop new teaching methods and lesson plans”, says Carlsen.

As far back as since early in the 2000s, mathematics researchers at UiA have worked according to a view on learning that emphasises a sense of wonder, discussion, and the use of new technology. The MERGA researcher normally drops classic mathematics sums like 2+2=4. Instead, he asks things like: What is 4? In this way, the pupils themselves get involved and explore the mathematics.

The researchers might well allow the pupils to sit and puzzle with mathematics tasks on their own, but they have more faith in speaking aloud about mathematics and discussing different ways of arriving at the right answer. 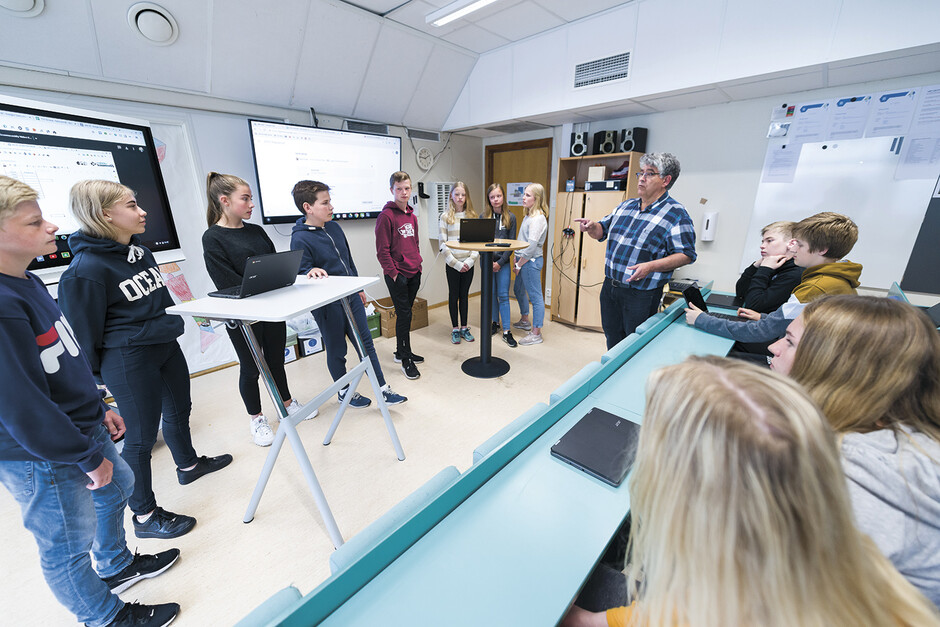 From quiet work to discussion

In rough terms, one could say that these researchers have turned their backs on Jean Piaget and his theory that children learn best when they discover knowledge for themselves. They believe more in the theories of Lev Vygotsky, who believed that learning takes place in community and through conversation.

“Vygotsky emphasises that language and community are educational tools. Mathematics is an abstract symbolic language with its number 2 and the plus sign and its x’s and y’s. As a result, communication and conversation are an important part of learning in order to understand mathematics,” says Carlsen.

The UiA researcher is a leader within the field of mathematics didactics in the Nordics. No other Nordic university has a greater number of researchers, research projects, and such a procession of doctoral degree candidates in this field than MERGA.

Martin Carlsen says that the status as a priority research centre is a step on the way to becoming a Norwegian Centre of Excellence (CoE). Such centres are a national priority focus on research environments that maintain a particularly high-quality standard. The Norwegian Research Council awards CoE status and provides the centre with annual funding. The mathematics environment at UiA already has a Centre for Excellence in Education Initiative (SFU) awarded by NOKUT (the Norwegian Agency for Quality Assurance in Education). It is called MatRIC (Centre for Research, Innovation and Coordination of Mathematics Teaching), a national centre for the research and development of new methods within mathematics education and learning at university level. Several of the mathematics researchers at UiA work within both of the research groups.

“MERGA and MatRIC both carry out research into new teaching methods, and are looking for methods which provide better learning. We overlap with one another, and this is a strength for our mathematics environment”, says Carlsen.

Maths without the answer book

One of the PhD candidates affiliated to MERGA is Anders Støle Fidje. He was no number cruncher in primary school, but now he is aiming to become a professor of mathematics.

“Everybody can become good at maths,” says Fidje.

The PhD candidate first became interested in mathematics when he was given an introduction to the wonder method during teacher training at UiA.

“Classic mathematics teaching is about you learning a recipe for how you should go about solving a maths question. When you have learnt the recipe, then you can solve a number of tasks that are of the same type. I first became fascinated by mathematics when I was introduced to the more questioning and explorative maths teaching at UiA,” says the candidate.

This method is the one he is working on daily at this point in his doctoral thesis work. The teaching method is inquiry based, with an emphasis also placed on digital tools. Inquiry is something that we have, up until this point in time, realised within the wonder method, which has emphasised a questioning and explorative approach to mathematics.

From repetition to thinking

The objective for Fidje is to develop lesson plans in which discussion, wonder-based activities and technology are central. He investigates how videos made by pupils have been used in teaching.

The pupils do their maths homework via simple videos. Afterwards, the teacher uses the video as the starting point for a discussion within the classroom.

“The point with the videos is to discuss mathematics in the classroom. I believe that the conversation about mathematics and mathematical challenges is the best suited method for learning mathematics,” he says.

The candidate underlines the fact that this is a teaching method which works for everybody. 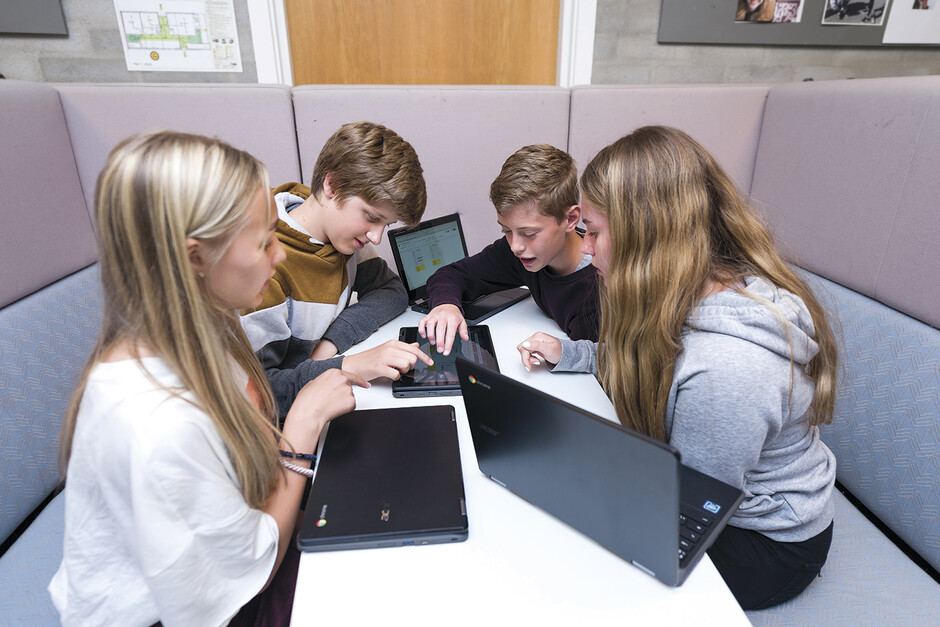 “My findings so far, and what we already know about the wonder and questioning method, is that all pupils learn more maths with this way of doing it. It is also how mathematicians work with numbers – they think about things and try things out. It is educationally smart, and it is easier to learn when you find out things for yourself instead of reproducing recipes. This is maths without a recipe, and it is more difficult than maths with one,” he says.

“In what way can more difficult maths contribute to more and better learning than the normal and simpler ways of teaching?”

“Mathematics describes the world around us. By following the recipe, you are simply repeating. It is dull – you are not thinking for yourself. Problem-solving works in such a way that the pupil has to get involved, and when you don’t know, you have to think. Instead of repeating a recipe, you get a problem that you must work with over time. You go in depth, and think through the problem, discuss it with others, and see that there are many solutions and methods,” he says.

This project is led by Professor Pauline Vos, and is about how lower secondary school pupils can learn mathematics through teaching connected to industry companies and practical industrial processes.

(Partnership for Learning And Teaching IN University Mathematics)

Professor Yuriy Rogovchenko leads this research project which is about improving mathematics teaching at university level with the help of an investigative approach.

This project aims to improve the teaching in kindergartens with the help of a play-based approach to mathematics. Professors Mari Regi and Ingunn Størksen from the University of Stavanger lead the project. From UiA, Professor Martin Carlsen participates along with Associate Professors Ingvald Erfjord and Per Sigurd Hundeland.

One step ahead of the curriculum 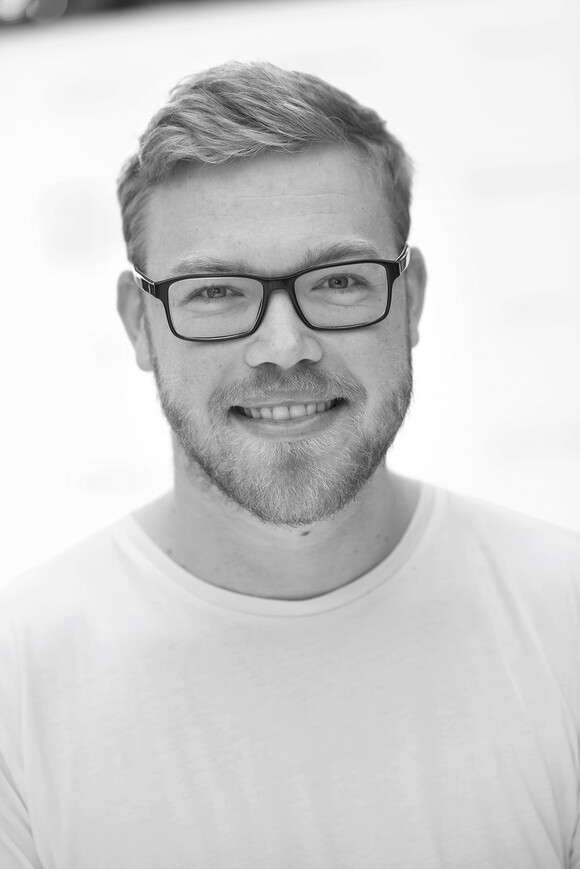 This particular way of thinking is also fast arriving in the new school curriculum which will apply from 2020. More emphasis has been placed on in-depth learning and concentrating on a few, rather than many, assignments. This is a perspective from which the mathematics researchers at the University of Agder have worked for almost 20 years.

“The theory about concentrating on a single problem and going in-depth into it is completely in line with our wonder method,” says Fidje.

The key is discussion

Fidje has studied three lower secondary school classes with a total of 80 pupils, with the emphasis being on inquiry and the use of recent technology in the teaching. The big challenge was that the pupils had to learn how to explain their approach so that they themselves, their fellow pupils, and the teacher all understood it.

“This is the most important aspect of the videos. The knowledge about mathematics was, to put it one way, captured at the point at which it is explained to yourself and to the others,” says Fidje.

Another element that belongs to this story is as follows: these pupils from eighth to ninth grade made progress at double the average rate in Norway in mathematics.