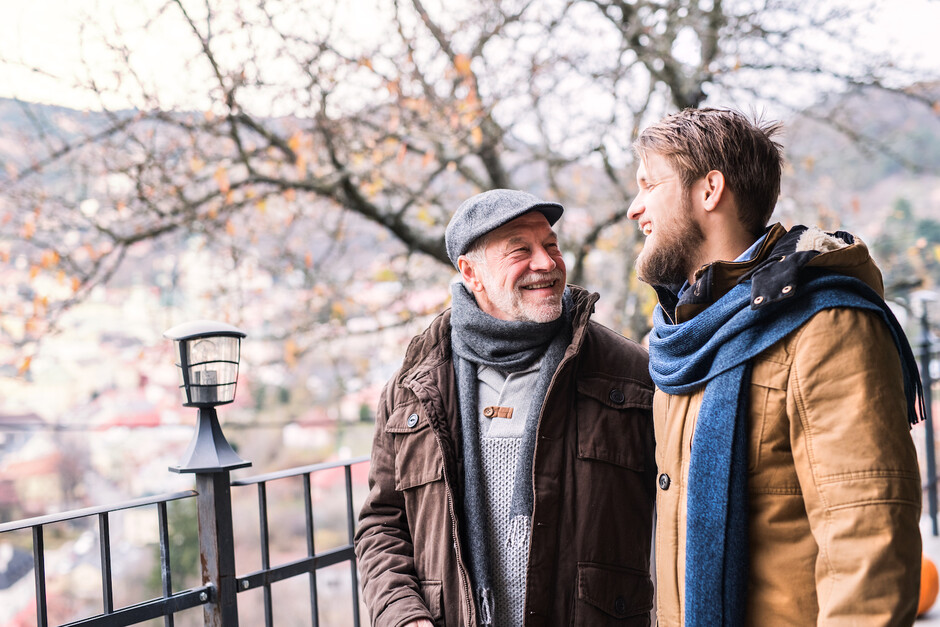 The Centre for eHealth collaborates internationally with the ambition that Agder shall become the best in Europe in eHealth. One of their projects is to make it simpler to do voluntary work.

At Vennesla frivillighetssentral (Vennesla volunteer centre), daily life has become simpler. Earlier, the over 200 regular volunteers were organised with the help of ring binders and Excel sheets. Now, all of them are registered in the app Frida. This makes communication and organisation much easier.

“It is great to have found a tool that suits us. Now we can register volunteers according to interests, and it is easy to put relatives, contacts, and volunteers in touch. And it is good to know that everything has been done correctly according to privacy protection,” says leader of the volunteer centre, Jorunn Sagen Olsen.

Norway is a world leader in volunteerism. According to the Ministry of Culture, more than half of the population are involved in volunteer work – this might involve anything from being a visiting-friend for refugees to arranging festivals and helping elderly neighbours with their weekly shopping. It is also a declared governmental policy that more volunteers and relatives become active within the health and care fields. 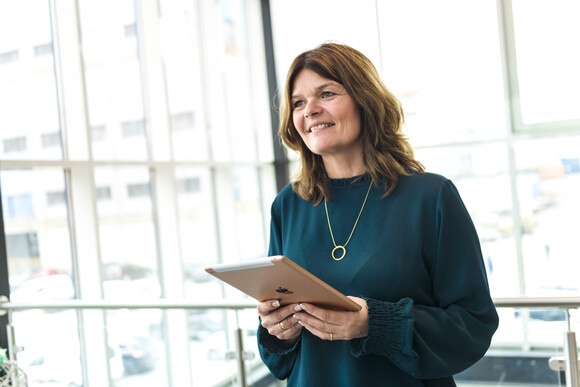 Jorunn Sagen Olsen leads the voluntary centre in Vennesla and works for volunteerism to be something that the whole of society can contribute to. “There are so many arenas in society where people fall by the wayside. They must not fall outside the voluntary sector in addition,” she says.

“Volunteer centres have popped up in order to create meeting places for the volunteers outside of the organisations. We are concerned with finding the resources that individuals have, and mobilising networks so that people are able to master their volunteer work,” says Olsen.

The fact that the Frida app has been utilised in Vennesla is thanks to In For Care, an international innovation project which is led by the University of Agder (UiA).

Volunteerism and informal care – taking care of those closer to you when they need help – is an important theme throughout Europe, explains Ragni MacQueen Leifson, the project manager of In For Care and head of the Centre for eHealth at UiA.

In For Care is a collaboration between ten partners in six countries. The countries each have their own challenges connected to volunteering, and they exchange their experiences, results and solutions through this project. The funding is from the EU programme, Interreg North Sea Region.

“The municipalities are left with lengthy lists of volunteers, but it is difficult to systematise them. When we surveyed the needs of the users, we saw that the Frida technology would be capable of covering many of these,” says Leifson. 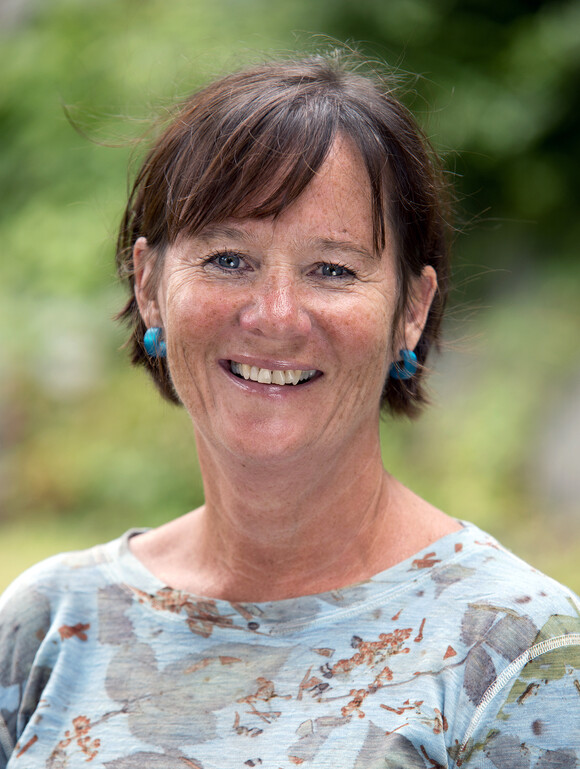 Ragni MacQueen Leifson, manager of the Centre for eHealth and head of the In For Care project.

One of the objectives of the project was to identify a digital solution for the management of the volunteers. Frida, which had already been developed by the Norwegian technology company Evry, will now be trialed by both Dutch and Scottish partners in the project.

Selected projects from the Centre for eHealth

Telma: Has developed a telemedical service for patients with chronic illnesses like diabetes, COPD and heart failure, and for people with mental issues. A collaboration between the municipalities of Kristiansand, Farsun and Risør, Sørlandet Hospital and Siemens Healthcare.

InnArbeid: Develops innovative services and technology so that people with disabilities can find, get, and keep work. This involves a new service model with different kinds of technology that will support the transition from school to work and, from there, participation in the workplace.

eCoach: Personal health support through artificial intelligence and data gathering. Information from the blood bank, doctor and your sports watch, for example, can be combined in order to give you better advice regarding your own health. An umbrella project connected to several of the projects at the centre.

International collaboration on technology and health

International collaboration is important for the Centre for eHealth. Many countries in the Western world share the same challenges, and sharing knowledge can make it easier to find solutions.

“In Norway, we have an increasingly elderly population which we will not have sufficient resources to take care of. This is also the case throughout the whole of the Western world. When we work with international partners, we can transfer experiences to the Norwegian system, says professor Andreas Prinz, the centre’s academic leader.

The centre collaborates extensively with partners in Scotland and the USA, for example. Scotland has a health service which resembles the Norwegian one. In USA, the health service is more privatised, the advantage being that they start to utilise new technology that Norway can learn from more quickly.

Technology can be the answer to many of the challenges of the national health service. The Centre for eHealth works with technology which makes it simpler for health personnel for follow up elderly people who live at home. By facilitating conditions in such a way that people can carry out readings of their blood pressure themselves, for example, they can in so doing gain a better sense of control over their own health.

“Technology has to fit the individual’s life situation, and the regulations of Norwegian public health. At the centre, we organise things in such a way that information systems, law, ethics, and health work well together,” says Prinz. 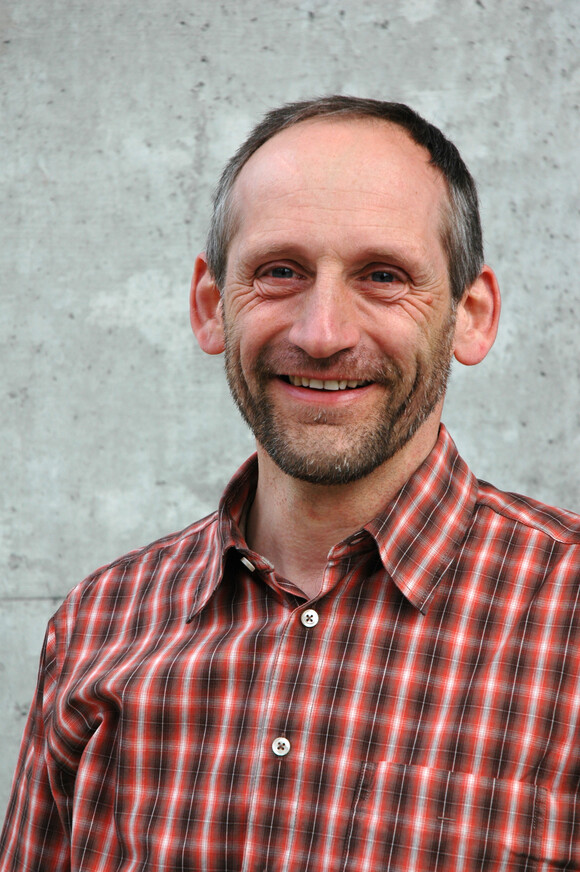 Andreas Prinz, academic leader of the Centre for eHealth.

Agder can become a model region

The Centre for eHealth collaboration across UiA’s Faculties. Priority research centres Lifecourse Nutrition and the Centre for Artificial Intelligence Research are two of the partners. Beyond UiA, the centre collaborates extensively with Sørlandet Hospital, and with municipalities and the business sector.

Much of the collaboration regarding innovation will take place through the university’s new co-creation arena for innovation and service development within health and care, I4 Health, which will be ready on Campus Grimstad from autumn 2019.

Agder has also been selected as a reference area for the European Commission’s innovation partnership for active and healthy aging. This means that the region is exceptional within eHealth in Europe, and this status is to a great extent thanks to the Centre for eHealth’s work.

“We have a good basis for making Agder into a model region within eHealth. We have the opportunity to be a model region not just in Norway, but in Europe too,” says Prinz.

He highlights in particular telemedicine and distance follow-up as areas in which the centre is a leader in Norway. These are solutions that make it possible for the elderly to live at home for longer, whilst health workers can then follow up the elderly without them having to attend the hospital itself.

The priority research centres are prioritised by UiA on the basis of results achieved, and ambitions for further development.

The centres shall have national and international ambitions, and are to work in accordance with the university’s strategy. With the award, emphasis was also placed upon external funding and gender balance.

The status involves funding to the tune 10 MNOK over the course of 5 years. The centres also receive two extra recruitment positions and funds for infrastructure

The countries of the North Sea region have many common challenges, but also some that are peculiar to them alone. This can be noted in the In For Care project as well. The partners from the Netherlands, for example, are concerned that employers shall facilitate for staff who work in informal care.

Norwegians do a lot of voluntary work, but mostly in connection with their children’s leisure activities or their own interests. A great deal of voluntary work is connected to spontaneous campaigns such as, for example, those during the refugee crisis.

“People do not want to commit themselves to schedules and binding agreements. This wish for flexibility is a great challenge to the health services, which are dependent on continuity,” says In For Care project manager Leifson.

At the Vennesla volunteer centre, they have also noticed that people’s commitment is more spontaneous. Jorunn Sagen Olsen believes that the Frida app seems promising in this respect.

“Now we can put out arrangements and write that we need ten volunteers, so they can go onto it themselves and sign up. This will help us to recruit those who are more spontaneous when they join in on a voluntary basis. Many volunteers no longer commit themselves to ten years at a time,” she says.

She explains that the way that one logs voluntary hours in the app means that people can be encouraged to enter a few extra hours of work.

“It has also been useful to be a part of the In For Care project. We are working so that all of the organisations in Vennesla can get to put this new tool to use,” she says.