“It is absolutely amazing that four UiA songs have been chosen by Spotify to be on the New Music Friday list”, says songwriter student Oscar Almquist after having been selected among 40,000 others for the popular list.

UiA students and alumni are featuring on four songs on this week's New Music Friday on Spotify.

The four songs ‘Ingen som deg’ with Oscar A, ‘About You’ with KREAM, ‘It´s that time again’ with Jesper Hasnaoui and ‘Fakked på byn’ with Ka2 are represented on the popular Spotify list this week.

“This is crazy fun! You get a confirmation that you are doing something right when Spotify picks your particular song among 40,000 others”, says Oscar Almquist, who studies songwriting and performance. The song that was picked out is an acoustic version of the previously released ‘Nobody Like You’. 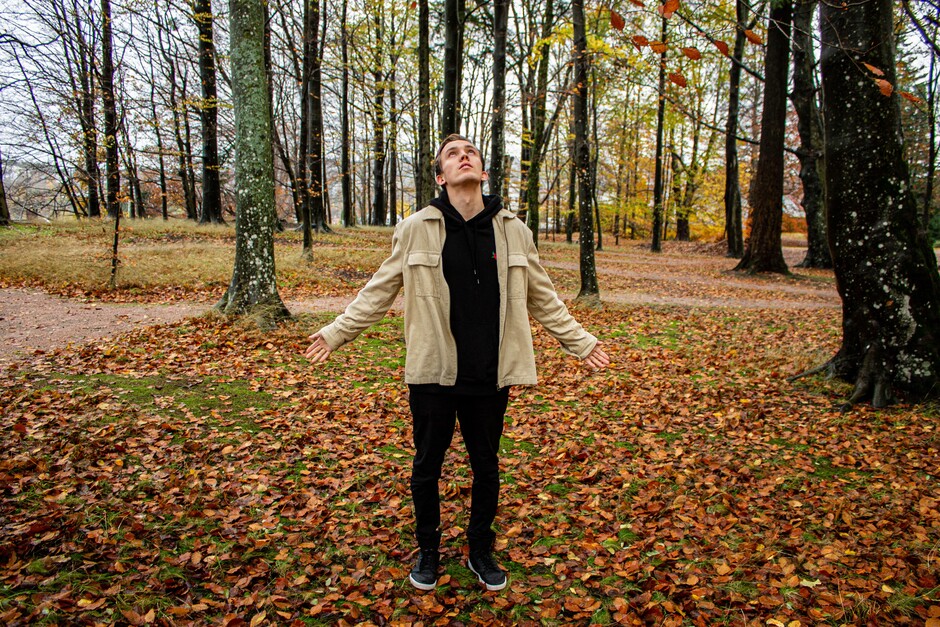 Oscar A has written the song ‘Ingen som deg’

“The song is about the time after a breakup, about feeling alone and hoping on getting back together”, Almquist says. It was written in January and released a month ago. Together with fellow students Henrik Bakka on bass, Simon Furnes on guitar and Julian Fossengen on violin, he has now made an acoustic version, recorded in room 5 at UiA.

Almquist has previously had songs on the radio charts on P1 and P3, and this is one of the highlights in his career so far.

“It is incredibly motivating to get a pat on the shoulder, and it inspires you to write lots of new music”, says Almquist.

The group KREAM is also represented on this week’s list. KREAM consists of former student Markus Slettebakken who graduated in 2017 and his brother Daniel. They play electronic music and have released a number of singles and remixes after completing their studies. They recently released a song with Steve Aoki and have more than 100 million streams on Spotify.

Their new song ‘About You’ is now being featured:

In the group Ka2, which has released ‘Fakked på byn’, one of two members is alumni Sondre Alvestad (Sonny Alven).