Nina Eidsheim is a former student at UiA, and since she finished her studies in 1998 she has completed a MFA in Music at the California Institute of the Arts and a Ph.D. in critical studies/experimental practices program at the University of California, San Diego. 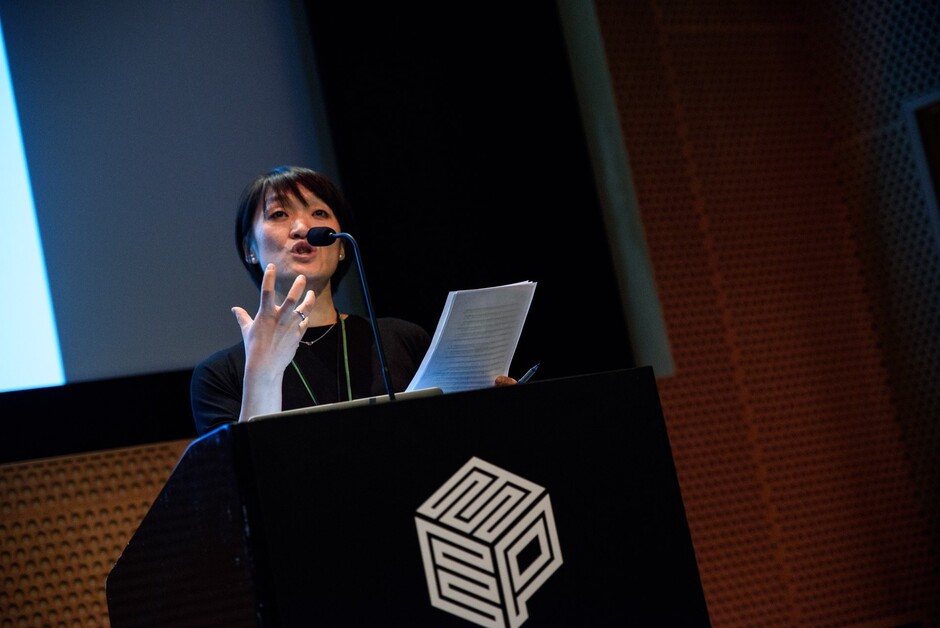 While visiting UiA, Eidsheim participated as a lecturer in the PhD course, “Kunst I Kontekst”. She also had an open lecture with the title “Timbral scare quotes: Jimmy Scott and the question of black vocal masculinity” where she presented her research on vocal performance with Jimmy Scott as a case.

– We analyze the voices we hear

– Every time we hear a voice, we try to identify who is hiding behind it. The person who speaks or sings is actually not the person who defines the voice. In defining a voice, how a voice is heard and which cultural listening context the listener brings is more important than what the vocalizer actually sounds like. I have been doing my research on what makes us expect that a person sound a certain way, and why we have these expectations, Eidsheim says.

– Why are we taken aback if a man have a light voice, and a woman a dark voice? The biological differences of the voices are relatively small, Eidsheim continues.

Eidsheim has published several articles on this topic. At UiA, she presented her case with Jimmy Scott, who was an American singer. He had a disease which led him not to enter the voice change during puberty. Therefore, he didn’t sound like you would expect a black man to sound and had problems receiving the recognition he deserved.

– How does that affect us, and what do we do with it? When somebody sounds different than what we expect them to, it’s “wrong” in our opinion. And why is that?

In a couple of years, Eidsheim would like to do more research in Norway.

– I would like to study how the traditional songbook in schools was used from Norway became independent and up to the eighties. What happens when you sing together with others versus when you sing alone? If it’s the same song, why does it feel different when you sing with others?

– I find this very interesting that songs that so many were taught as part of the public space of schools also were shared within the private space of families and would like to start a research project like this in a couple of years, Eidsheim says.

Sensing Sound: Singing and Listening as Vibrational Practice (Duke UP, 2015)

The Race of Sound: Listening, Timbre, and Vocality in African American Music (Duke UP, December 2019); co-editing Oxford Handbook of Voice Studies (May 2019);