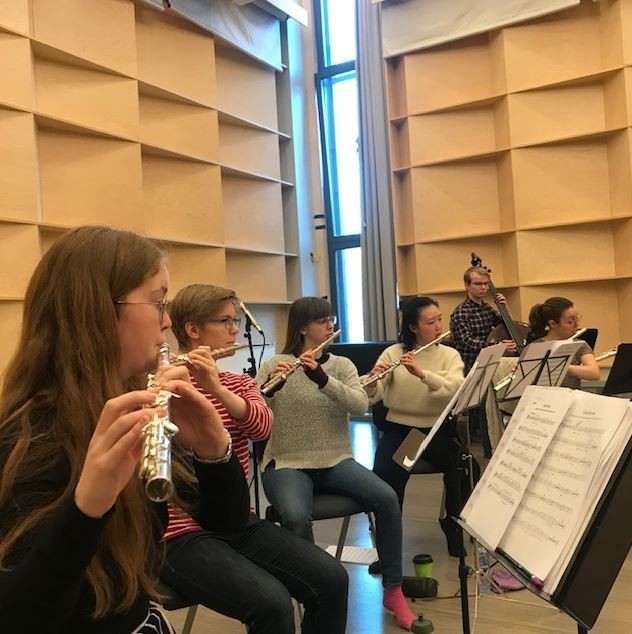 From February 21-23, 2020 UiA's flute ensemble recorded its 6. CD: a crossover project with compositions and arrangements of folk tunes for hardingsfele soloist, flute ensemble and double bass! 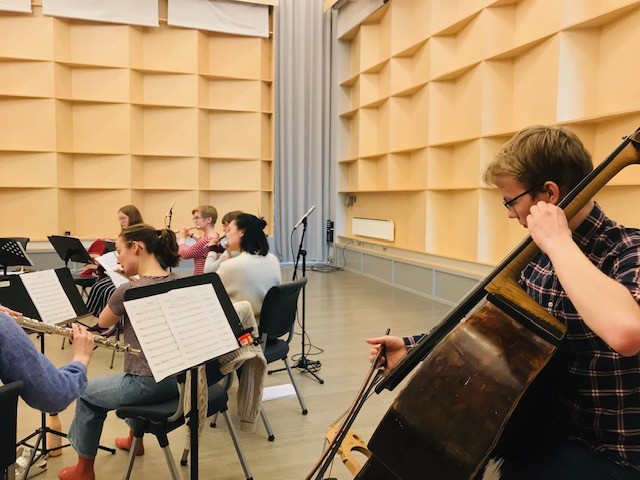 The concept of this crossover project was created for Norway’s participation as Guest Country of Honour during the Bookfair Frankfurt 2019 and was premiered at the Museum Wiesbaden during the Harald Solberg exhibition in October 2019 with the support from NORLA and the Kulturfonds Frankfurt RheinMain GmbH. 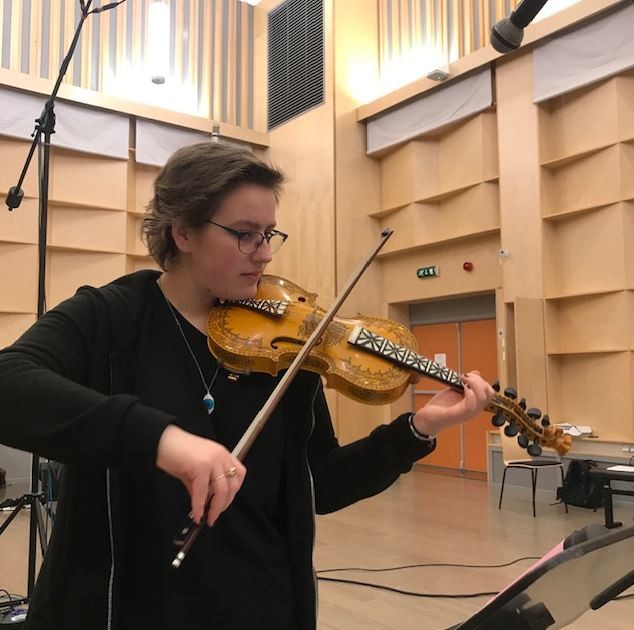 Marin Stallemo Bakke - hardingsfele soloist for this project - was a TUP student at UiA’s Department for Classical Music and Music Education for some years, and has recently completed her master's degree at the Norwegian Academy of Music in Oslo. 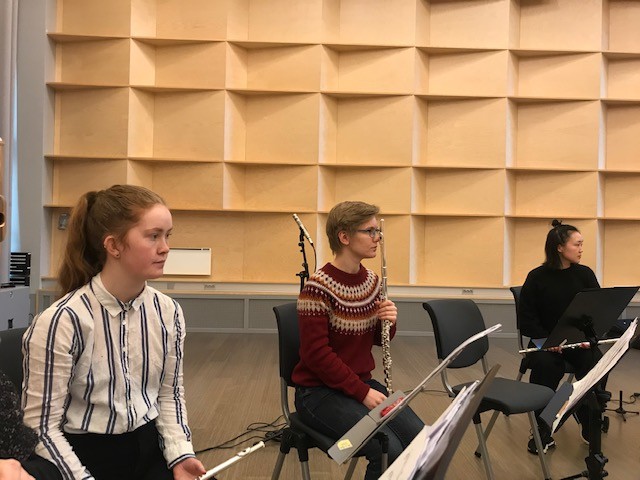 Askild Sømme joined the ensemble on the double bass and Roger Langvik from EMK label (Berlin) acts as sound technician and publisher. 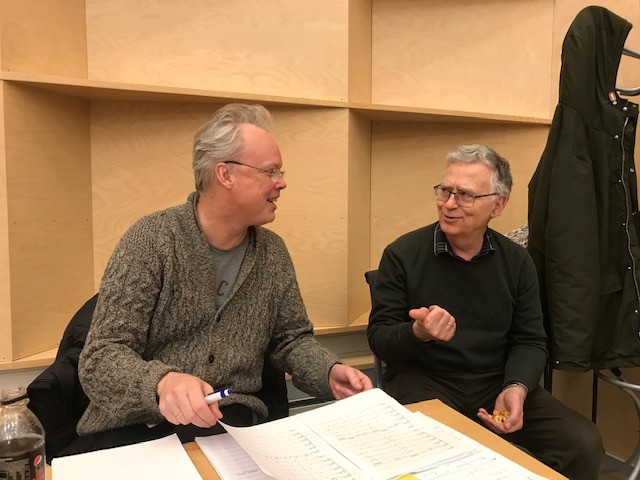 Our valued colleague Terje Mathisen has done a fabulous job of composing and arranging the musical material, Jørn Schau is the artistic director and producer of the project, 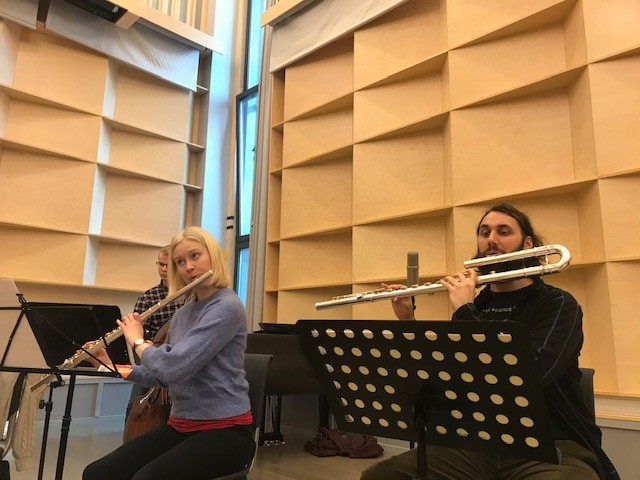 The programme will be played again in a concert version in Kristiansand during the autumn 2020 as well as at the Flute Festival Freiburg (Germany) in September 2020 and Poland in 2021.