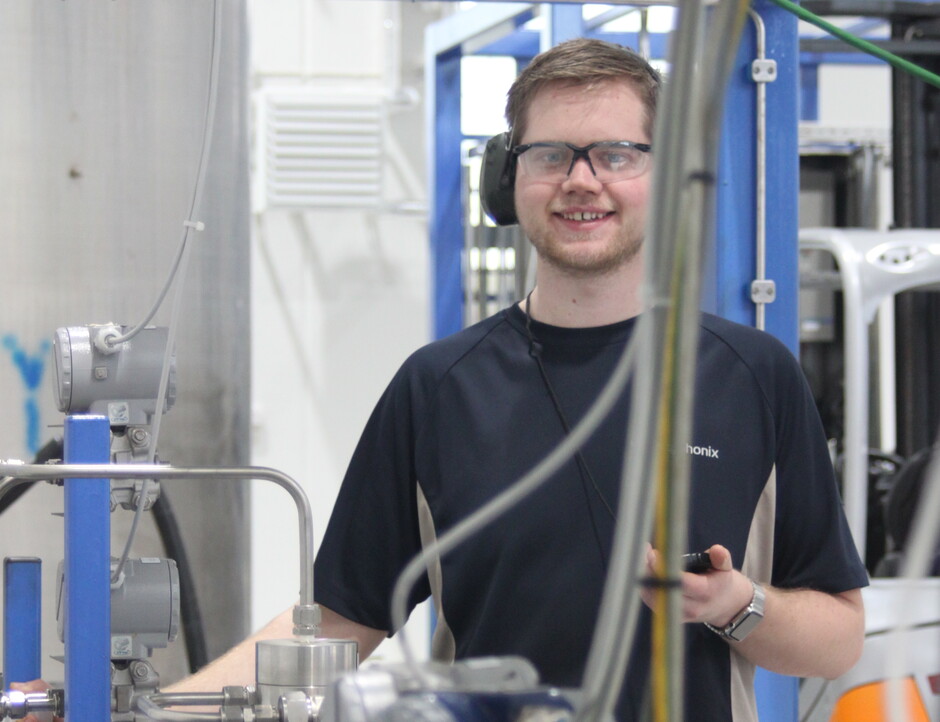 Rune Husveg recently completed his doctorate degree in mechatronics at the University of Agder. He has developed a control system optimising wastewater treatment in oil extraction.

He recently defended his PhD in Mechatronics at the University of Agder with the thesis Tracking maximum produced water treatment efficiency using a variable speed coalescing centrifugal pump.

Husveg has studied produced water treatment technologies in oil production. He has developed a control system to easier remove oil particles from the produced water. Extraction of the oil will be quicker, and the environment will be protected from dangerous waste.

‘The method is to extract the oil droplets when they are large. The larger the size the droplets, the easier it is to separate them from the water,’ Husveg says. 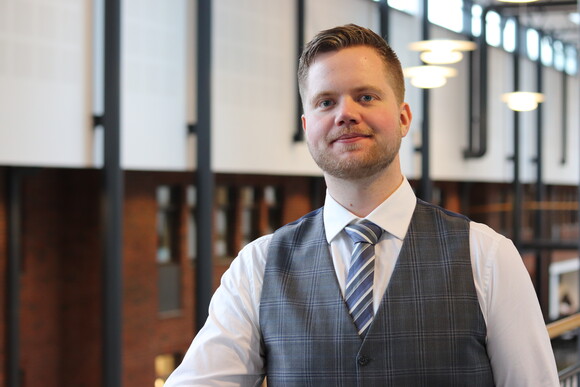 Husveg now works for the technology company Typhonix were he completed an Industrial Doctorate.

Husveg has completed an Industrial Doctorate and done his research in an industrial company. Industrial Doctorates are financed by the Research Council of Norway. Husveg has been employed with the technology company Typhonix in Bryne, Western Norway. They are experts in produced water treatment equipment in the oil and gas industry.

When you do a doctorate project in a company, the project must have clear relevance to the company.

The method is an algorithm, an exact formula for solving a task.

Separating oil from produced water is a process that is done at all oil plants. The most common method is to use a separator to remove oil and waste material from the water. The separator is called a hydrocyclone. Typhonix has developed pumps that among other things are used in combination with hydrocyclones.

‘In the plants separating oil and water it is necessary to control liquid stream and pressure. The disadvantage with the equipment in use today is that it tends to break up the oil droplets, which means they become smaller. That makes it harder to separate the oil from the water,’ Husveg says.

When the droplets are small it takes a lot longer to separate the oil from the water. The goal has therefore been to find an optimum working point for the hydrocyclone and pump.

‘Typhonix’ pumps bring the oil droplets together so they form new, larger oil droplets. This is called coalescing and simplifies the separation process,’ Husveg says.

Both Typhonix and Husveg have thoughts around the environmental aspect of this.

‘We want the smallest amount of emissions and we follow the national emission standards. We also want a good treatment process to keep oil production for longer. By keeping the oil field clean and treating as much water as possible we can keep the oil fields running for longer,’ Husveg says.

Husveg installed a test rig and hydrocyclone together with the pump at Typhonix to study the efficiency of the separation process. He wanted to see if the separation of oil from wastewater increased.

By using the algorithm Husveg discovered that the size of the droplets can be actively controlled. When the algorithm is initiated it works continually to maximise the efficiency of the pump and the hydrocyclone treating the waste water.

‘It has been exciting to see how this separation process can be optimally used.’ Husveg says.

Husveg has completed all his education, from bachelor to doctorate degree, from the mechatronics department at the University of Agder. He is the first student to finish his complete education at campus Grimstad.

He first started the bachelor education in mechatronics and later completed a masters degree.

Husveg now works for Typhonix. He is responsible for research and dissemination of research findings at the company. He will continue developing water treatment techniques in the time to come.