In their Master’s thesis in ICT, Torry Tufteland and Guro Ødesneltvedt work on artificial intelligence. The programming is inspired by how ants collaborate on finding food. 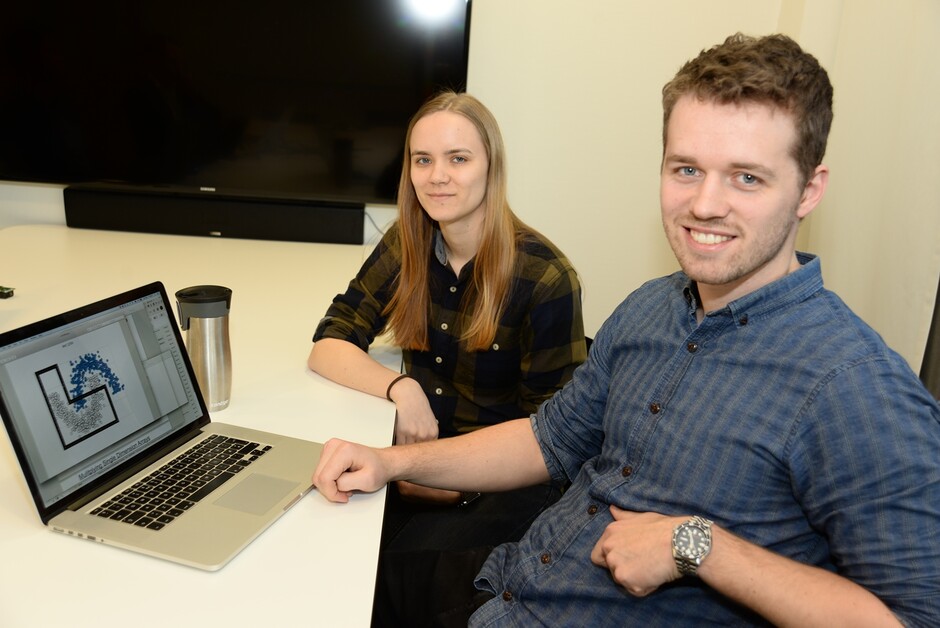 Torry Tufteland and Guro Ødesneltvedt work on artificial intelligence in their Master’s thesis in ICT.

“When an ant finds food, it leaves traces that can lead another ant in the right direction. We use this technique to find paths through data and groupings of data. It is cool to have a principle from nature used in computers and see that it actually works,” says Torry.

“What exactly ‘wanders’ through your computers instead of ants?”

“Categorizing is virtual. One point moves around in a grid, and if it finds a good path, it leaves traces for the next points. This goes on, and we are continually getting better groupings as more ‘ants” have crossed it,” says Torry.

“A good path involves managing to find the right types of data points, in other words, the data you wish to stand out.”

“First, we train the computer with known data, then we can use it on unknown data,” says Torry

The processes demand a lot of computer power, making the students’ own machines slow, and now they use one of the university’s servers.

Can be used on all kinds of data

“The categorizing technique groups data. It can be all kinds of data: Images, sound, or text. For example, we can sort out texts based on whether they are positive or negative,” says Torry.

“If you were to examine a cancer patient, the machine can recognize factors indicating whether a cell is a cancer cell. The technique can help figure out if the cell is cancerous or not,” says Goodwin.

Another area could be categorising large amounts of images based on what is depicted.

Both Guro and Torry first took a three-year degree in computer engineering in Grimstad, and have now decided to take two more years to complete a Master’s degree.

“The Master’s programme allows us to go deeper in things. When we were taught mechanical engineering our first semester, I thought it was a revolutionizing way to think of IT. Now we can use what we learned in the Bachelor’s programme more practically and in more advanced areas,” says Guro. 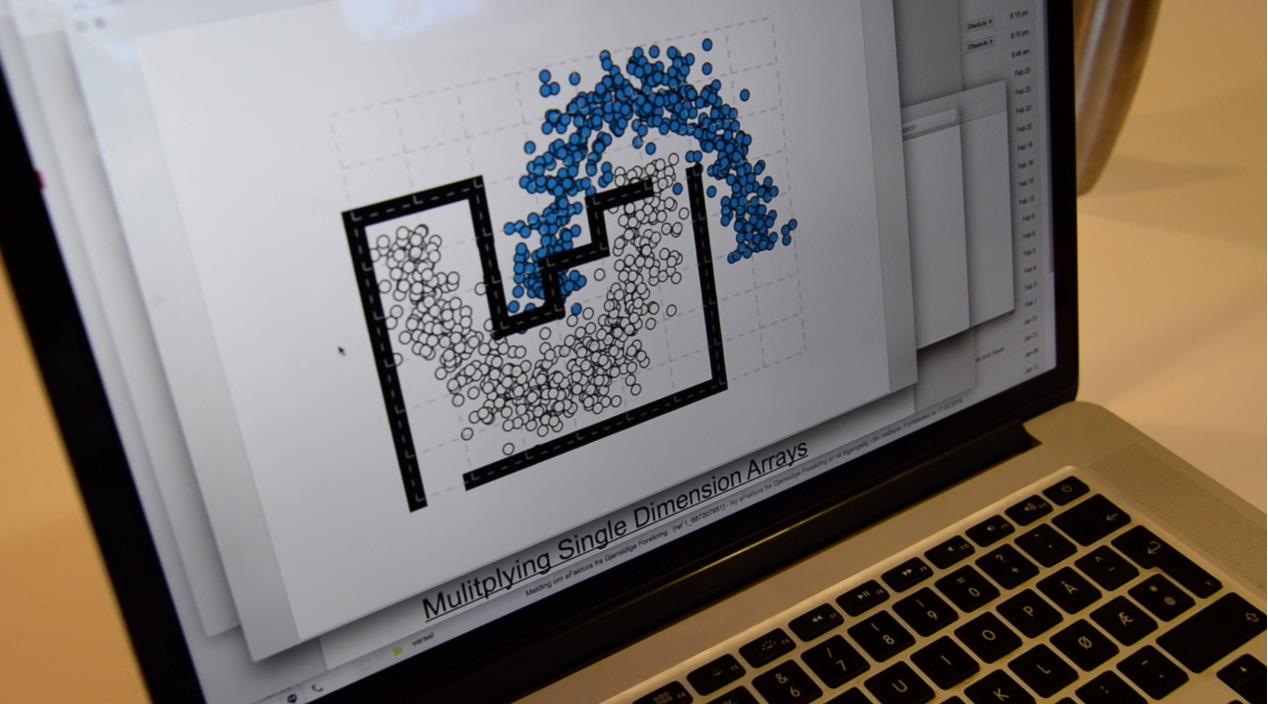 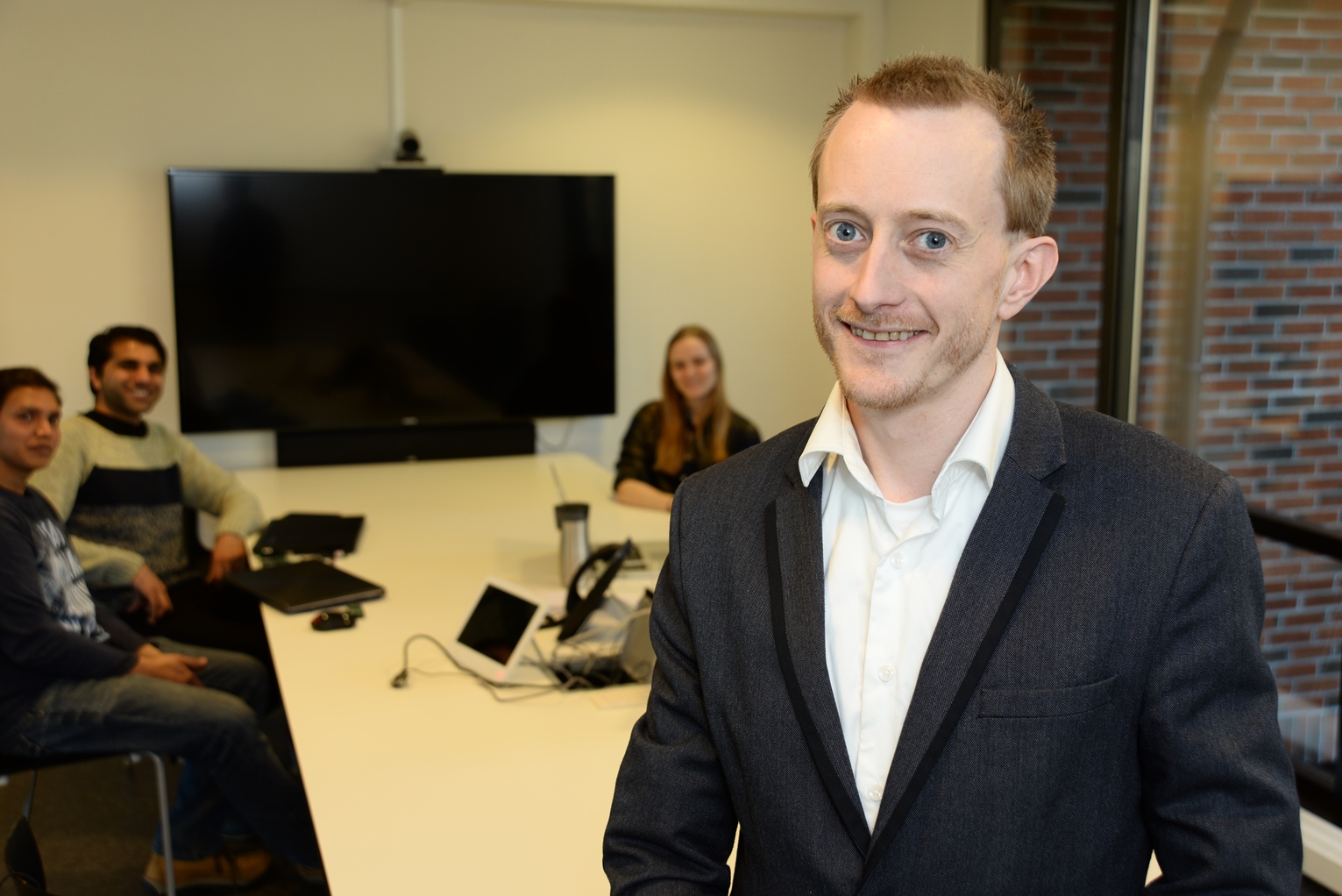 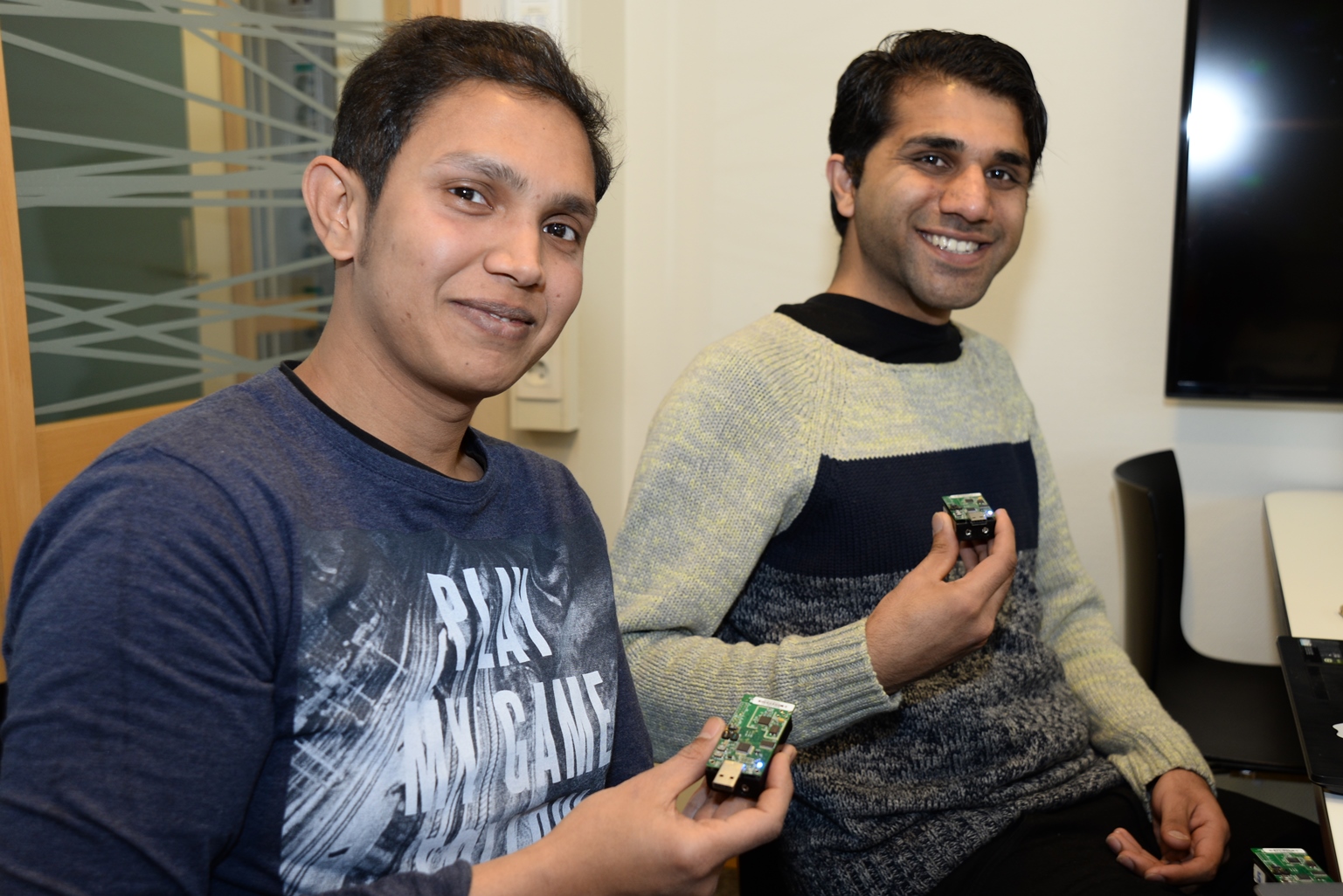 Salekin Inram and Ayyaz Mahmood observing how to reduce energy use on so-called sensor nodes. 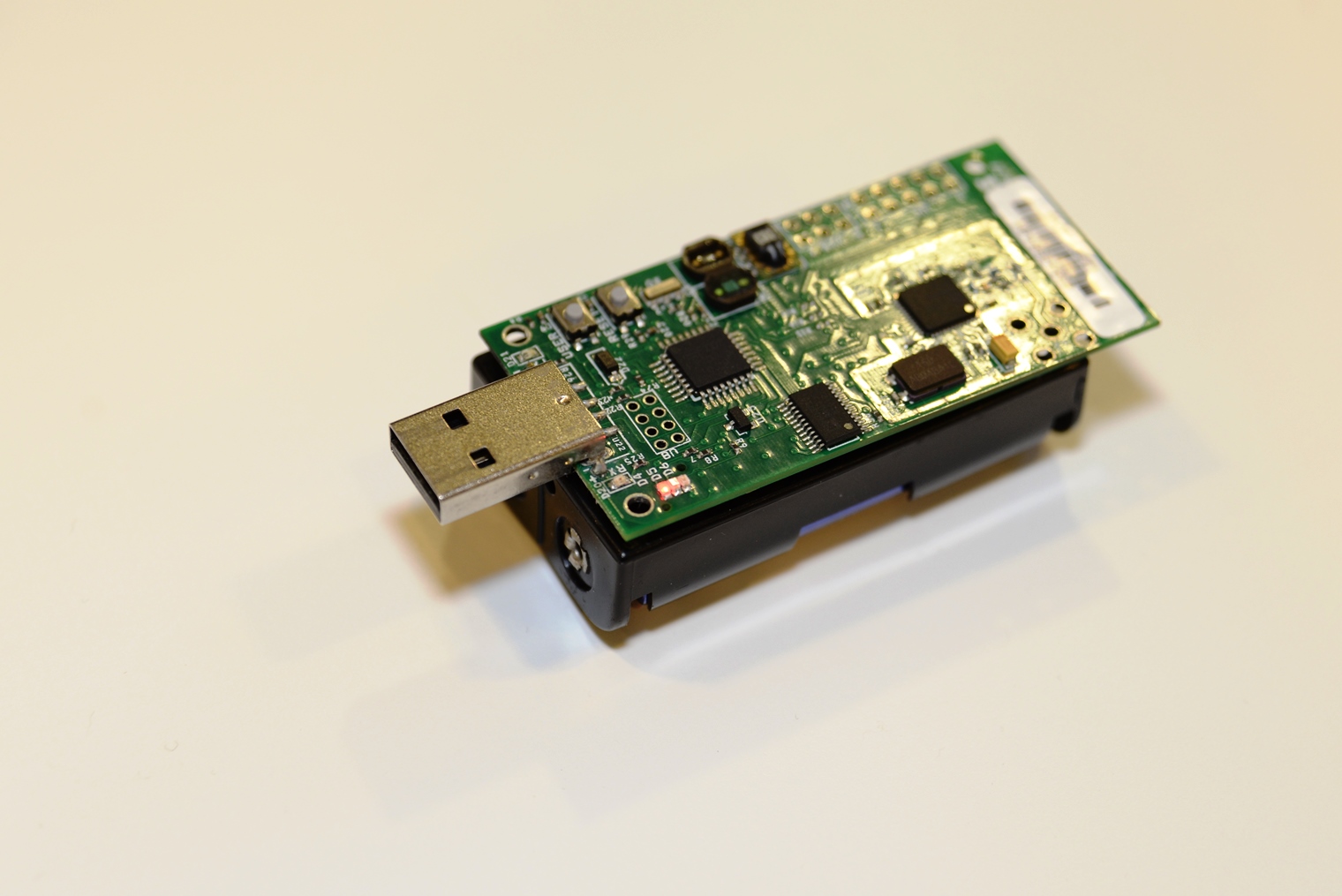 Signals are transmitted from node to node until they reach the base station. It is challenging to run these kinds of networks on low energy levels in order to extend the service life.

“Control of the energy use is necessary, and it is clearly an advantage that the battery lasts as long as possible,” says Ayyaz.

“We had some good results last semester, and now we are focusing on compounding the data. Instead of sending each message separately, several can be put together in a ‘package’ and transmitted simultaneously. That way we reduce the energy use and delays in the system”, says Salekin.

Both Salekin and Ayyaz had Bachelor degrees from their native countries, Bangladesh and Pakistan, before they started the two-year Master’s programme at the University of Agder.

“ICT is important in many and different areas. That makes it an industry that is always advancing. More devices are continually being connected to the Internet, and society should use ICT to create a better future for the coming generations,” says Salekin.

“The most important reason to get a Master’s degree is to want to be challenged in more and exciting assignments, both during your studies and in future work,” says Goodwin.

Students with background in computing, electronics or telematics can apply for the Master’s programme in ICT.

The programme has two possible direction to choose from. Salekin and Ayyaz’ assignment is about communications technology, while Torry and Guro’s assignment about computer engineering and artificial intelligence belongs to information technology.

Examples of themes in information technology:

Examples of themes in communications technology:

“We have many different projects, letting the students specialise in what they find exciting," says Goodwin.