The interest in what motivates public servants has been central to public administration research since the writings of Max Weber and Woodrow Wilson. Consequently, empirical studies on motivational differences between the public and private sector abounds, especially if we include the current interest in Public Service Motivation (PSM) (Andersen et al. 2011, 2013; Andersen and Pedersen 2013; Baarspul and Wilderom 2011; Brewer and Brewer 2011; Bullock et al. 2015; Crewson 1997; Frank and Lewis 2004; Jacobsen et al. 2014; Kjeldsen and Jacobsen 2013; Rainey 2014; Rainey and Bozeman 2000; Rainey and Chun 2005; Wright 2001; Wright et al. 2017). Still, all these studies base their empirical research on a dichotomous distinction between the public and the private (Bozeman 2013; Buelens and Van den Broeck 2007; Lee and Wilkins 2011; Ritz et al. 2016; Wright 2001).

This stands in contrast to the continuous “hybridization” of the public sector, with an increasing amount of organizations that find themselves somewhere between the public and the private (Emery and Giauque 2005; Johanson and Vakkuri 2018; Pollitt and Bouckaert 2017). Many previously public organizations have been “corporatized” or transformed into public businesses, partly removed from direct political control through the construction of partly autonomous boards and a strong focus on income from sales (Andrews et al. 2020; Bel and Fageda 2010; Ferry et al. 2018; Lægreid et al. 2013; Pollitt and Bouckaert 2017). Others have been privatized in the sense that they are no longer formally under the political control of an democratically elected council or parliament, but political control is still held through public ownership and – consequently – appointment of board representatives (Jacobsen 2016).

To define hybridity, this study relies on the basic notion of publicness, or the degree to what an organization is exposed to political and economic authority (Bozeman 1987). This approach makes it possible to compare not only public and private organizations, but also “hybrid” forms that mix institutional logics in different ways. Three well established notions of motivation – extrinsic, intrinsic and prosocial – are used to see if managers in hybrid organizations diverge in their motivational focus from managers in more “pure” public and private organizations. 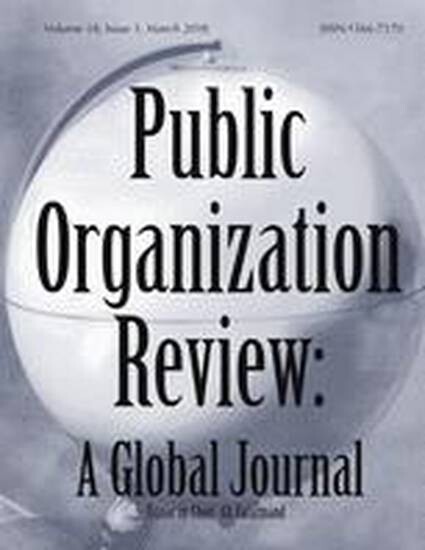