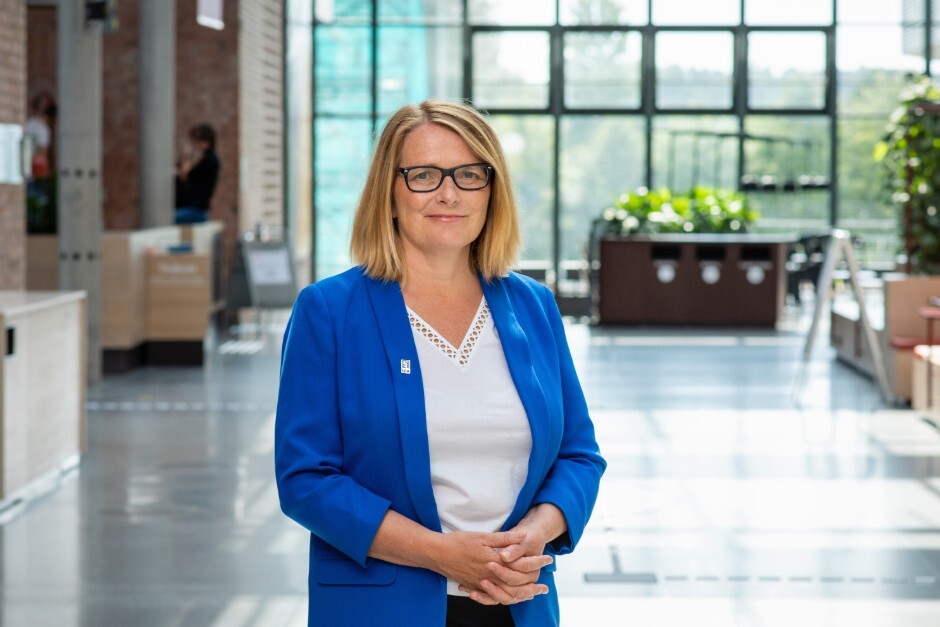 Sunniva Whittaker was elected as the Rector of the University of Agder for the period 2019-2023.

As Rector she chairs the University Board. She also represents the University externally in cases concerning UiA and higher education in general. Further, she is consulted in a variety of contexts, by business and industry as well as public administration locally, regionally and nationally.

Sunniva has a goal of creating a learning culture where students feel like partners in a knowledge community. She wants close cooperation with the students through working with student organisations, clubs connected to specific faculties or study programmes (“linjeforeninger”), and her own student mentors.

Securing good conditions for research, both for research groups and individual researchers, is also a highly prioritised task.

In keeping with UiA’s vision of co-creation of tomorrow’s knowledge, she emphasises further developing the cooperation with business and industry and public institutions in the region, not least to ensure that students forge links with relevant employers during their studies.

Part of this cooperation is the dissemination of the knowledge created with the rest of the community, including business and industry. She works to strengthen the position of knowledge in public discourse, and in that way contribute to understanding and solving social issues.

Sunniva has long been concerned with the role of the university in public discourse. In 2018, she organised a conference where researchers from UiA as well as national and foreign academics discussed which role researchers from the fields of philosophy, literature, history and related subjects should play in the public sphere.

She was born in Trondheim and grew up in Canada. Norwegian and English are her native languages. Her background is as professor with a doctorate degree in French linguistics from the University of Bergen, and she was formerly dean of the Faculty of Humanities and Education at UiA. She has been both Department Head and Vice Rector at NHH Norwegian School of Economics.

Her degree comprises French, Comparative Literature and Russian, and she is a qualified conference interpreter. Her doctoral dissertation, which is written in French, is about how argumentation is integrated into linguistic structures.

At NHH Norwegian School of Economics, she took courses in macroeconomics, marketing, organisational psychology, management and organisational theory. Her background in the humanities has given her an understanding of culture and human experience. Sunniva herself has used interdisciplinary approaches, both in management and academically, and she works to strengthen interdisciplinary cooperation at UiA.